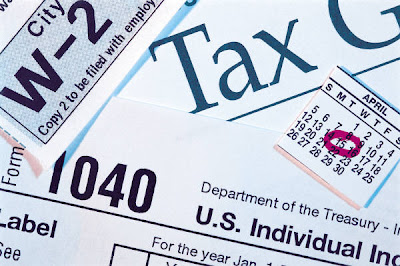 Tracey Dalzell Walsh's story at the Courthouse News Service this morning has me recalling a story dating to my first year in law practice involving a scamming tax preparer who ripped off client refunds and more.  It's a cautionary tale, but first the CNS story of the scamming Montgomery tax preparer:

"A [Montgomery, Ala.] woman claims her tax preparer stole her $2,000 federal refund and told her the IRS had "kept" the money, then stole a $5,178 refund the next year though she hadn't even hired him, and when she confronted him he tried to bribe her with 'a few hundred dollars.'

Lillie Patton sued Jack Jones and his Jack Jones Income Tax Service in Federal Court. She says she hired Jones to file 2008 tax returns for her and her dependent son, co-plaintiff James Searight.  Patton says Jones told her she qualified for a $2,000 refund under Earned Income Tax Credits, but she never got it, 'because' according to Jones, 'the IRS 'kept' the same.'

The next year she went to another tax preparer, who eventually told her that her return had been rejected because her son 'had independently filed his own income tax return.'

So Patton went to the IRS office, where she was informed that 'Jack with Jack Jones Income Tax' had filed the return as a 'paid preparer.'

Nonetheless, according to the complaint, Jones had filed a return for Searight, calling him a head of household with two dependents. Patton says the IRS issued a refund of $5,178, and sent it to the address of Jones's employee Dorothy McCrae, now a defendant.  Patton says her son confronted Jones about his filing James's federal tax return with false information, without his knowledge, consent or authorization.

'Jack was unable to provide James with any explanation other than 'Our computer system is down so call back tomorrow,' according to the complaint. 'After James' repeated phone calls and visits demanding an explanation, Jack promised James that, in return for James refraining from filing a police report or contacting any tax agencies, Jack would pay James a 'few hundred dollars'. James declined Jack's offer,' according to the complaint.

Patton says Jones defrauded her and her son and the U.S. government. She sued Jones himself and his Jack Jones Enterprises, Jack Jones Income Tax Service and J and J Fast Tax Service, and McCrae.

Now, Patton says, 'James and Lillie live in fear that the IRS ... will demand of them the refunds received unlawfully and without their authorization.'  They seek punitive damages for fraud, RICO fraud and privacy invasion."
___________________________
When I was a young lawyer a bunch of local manufacturing plant employees came to see me about a tax preparer who not only ripped off their refunds and lots more.  This thief learned via 1099s what these blue collar guys had on deposit in ordinary savings.  He convinced my clients to invest in his Montana gold mines, providing these guys with not much more than a story.  He must have been pretty convincing because these guys fell hard for the scam.  Even after he filed a Chapter 7 bankruptcy they still thought I could collect against his gold mines in Montana.

This told me quite a bit about the gullibility and vulnerability of clients.   These guys weren't stupid, but they were pre-disposed to believe this guys wild tales of investment grade gold mines that they had never seen.  My experience and research tells me that this mis-placed faith in what was simply a bottom-shelf Ponzi scheme sprang from personal investment, neuro-biology, and psychology.  In each case this con-artist sold these guys on what they wanted to believe and even after the scam was revealed the ingrained belief retained power.   As an aside I think this same process may be at work with Orly Taitz and the birthers who believe President Obama is Kenyan, or whatever they believe.

The IRS has a program dealing with Questionable Refund Scams which you can access at IRS.gov.
Posted by Anonymous at 9:40 AM