I started the Bad Lawyer blawg in August of 2009 as my career, reputation, and life seemed to collapse.  Well, the first two collapsed, amazingly with friends and family the latter did not.  As painful as it has been this may prove to be the "good old days," I just need to learn to accept.

At that time I wrote because I was unable to sleep or get any relief from an abysmal depression and panic attacks I was suffering as I fearfully grappled with my disasters and the consequences caused by my conduct.  So in large part I wrote in a pathetic bit of self-pitying and as I was often accused by certain commentators, rationalization.

In the last two years I documented the course of my disciplinary process (although not completely because I'm still in the midst of it), my legal proceedings, my prison sentence for attempted tax evasion, my probation and finally my return to work.  As I write I do not know if I will ever be reinstated as a lawyer.  I don't want to be grandiose, but I did view the law as a calling, one that I often loved as an advocate, hated as a unwilling businessman, but was privileged to practice from November 1982 till December of 2009.  As we say in AA, I've "turned that over,"  the question of reinstatement although I am forever indebted to the amazing attorney, Lester, who has done so much for me, pro bono, to try to help me through these thickets.

I liked "blawging" because it offered me a soapbox to try to be socially relevant despite my situation.  You should never doubt that the stories I posted about "bad" lawyers, judges, doctors, drivers, parents, idiots, and morons--these stories, were always about ME.  Likewise, I posted the occasional story about admirable persons in and out of the law, these were stories also about me, as well.  Or rather, I should say the stories were about--who I aspire to be by the grace of God.

I have some other things, other projects, and a life with my family to live.  I'm now letting go of the "past" absolutely.

Thank you for reading and commenting on Bad Lawyer.  There are a lot of great law blawgs: ABAJournal, Above the Law (when they remember that the law is mostly not "big law"), Simple Justice, Grits for Breakfast, How Appealing, Point of Law, the Agitator, Overlawyered, Injustice Everywhere, the WSJ Law Blog, and many others which I plan to continue to follow and comment at, in my nom de guerre, Bad Lawyer.  Maybe I'll chat with you along the road.

How Not to Behave at Your Sentencing

This video come by way of Syracuse.com; at the link you can read an excellent "print" report.

Generally speaking the sort of conduct at your sentencing shown in the video will not advantage you in anyway in your path through the justice system.  Conduct like this is, also, not likely to improve the conditions or your incarceration or put you on a fast path to parole or alternative sentencing.

How Are Illegal Drugs Valued?

As far as I know illegal drugs do not come with UPC symbols or price tags, so my question is: how are illegal drugs seized by law enforcement valued?   My question is prompted by an endless stream of articles especially from the Border states announcing eye-popping drug seizures like this one from Gustavo Solis at SignOnSanDiego:

U.S. Border Patrol agents foiled two drug smuggling attempts over the weekend resulting in the seizure of $676,880 worth of cocaine, crystal methamphetamine and marijuana.

The first seizure occurred about 3:20 a.m. Saturday when agents at the Interstate 8 checkpoint near Pine Valley stopped two men in a 1980 Chevrolet Camaro. The men, 36 and 25 years old, were from Mexico but legally in the United States.

Would You Convict Romeo In the Murder of Tybalt?

The BBC brings us the mock trial of Romeo in the murder of Tybalt.  Where's my pal Gayle, the Bard Scholar, when I need her?  Would she convict, would you?
Posted by Anonymous at 11:09 AM 4 comments:

Labels: Romeo?, Where art thou

A federal jury in Charlotte, North Carolina awarded $10 million in the death of a local teen.  Here's reporter Doug Miller's account at the Charlotte Observer:

A federal jury has ordered Taser International Inc. to pay $10 million to the family of a 17-year-old Charlotte teenager who died after a Charlotte-Mecklenburg police officer struck him with a Taser.
The incident happened in March 2008 at a Food Lion in northeast Charlotte. 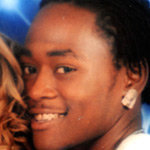 Police at the time said the officer violated policy when he shocked Darryl Turner (pic) for about 37 seconds, contributing to the teen's death. Turner fell to the floor during the confrontation and died.

The jury returned its verdict Tuesday in U.S. District Court for the Western District of North Carolina, according to the Charlotte Business Journal.

Lawyers for Turner's family persuaded jurors that the manufacturer knew the product could cause heart problems if it struck near the heart but failed to warn customers, the newspaper reported.
______________________________________
Great.  Go after TASER Inernational and the Boys who think they need these toys as often as merited.  While I don't think this weapon should be unavailable to law enforcement TASERS should be used rarely.  In other words current usage levels are out of control.  These are dangerous, often fatal weapons too often deployed by knuckleheads with badges. 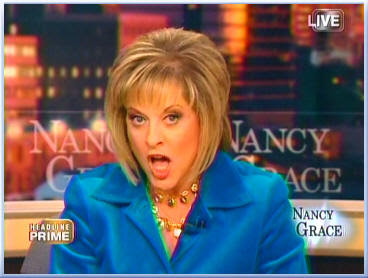 Don't miss this excellent essay on the impact of Nancy Grace on the upcoming Dr. Conrad Murray (Michael Jackson's physician's) trial in LA.

You know you love her....just kidding.
Posted by Anonymous at 8:23 AM 4 comments: 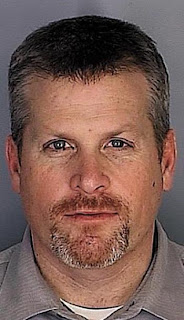 When you're cokehead CDL defending a high profile accused murderer and the police investigator and lab technician are hanging out where you're hanging (the lawyer's lounge, for instance) you might want to consider not sniffing cocaine at the conference table during recesses in the court proceedings.

The Legal Profession blawg reports, this morning, on the a Twin-Cities based lawyer's Charles Ramsey's (pic) earned a 90-day suspension for Cocaine possession following his arrest in January 2009.

Ramsey was defending a murder suspect in a high profile cold case prosecution when the police investigator and lab tech noticed cocaine residue and Ramsey wandering around sniffing like he might have been tooting.  Upon this suspicion other police took the CDL into custody and a search turned up 5 grams of cocaine.  The criminal trial came to a screeching halt, Ramsey went to jail, and has according to the disciplinary case, successfully entered recovery for his cocaine addiction.

Did the defense attorney's utterance of  these words: Okay. Allright. Thank you, constitute a waiver of his request to have a jury polled following a $1.69 million dollar verdict against a Syracuse hospital in a recent medical malpractice case?

According to court's reporter Jim O'Hara at the Post-Standard that is in fact the decision of the Appellate court in upholding the million dollar plus verdict for Tina Holstein against Community General Hospital of Syracuse.  What happened is fairly ambiguous both in Mr. O'Hara's story and in the underlying facts.  But apparently after the verdict was read from the bench, the defense attorney asked that the jury be polled to determine if in fact the verdict was the verdict of each juror.  The judge in response to the request said to the defense attorney--each of the jurors signed the verdict form whereupon the 5 magic words were uttered which were construed by the judge to be a waiver of the "polling."

I'm struck at the judicial scrutiny is given this "waiver" in a civil malpractice case, but the US Supreme Court confronted by repeated insistence upon having a lawyer present during an interrogation can find "a waiver" through lapse of time.  I realize we're talking about "apples and oranges," but it does seem remarkable to me that we bend over backwards for wealthy corporations over something as inconsequential as polling a civil jury following a verdict, but a criminal defendant--whose life and liberty is on the line gets short shrift.

Well, really I'm not surprised.  You?
Posted by Anonymous at 6:07 AM 4 comments:

Busted By the Feds, um Because You're On Facebook, Idiot!

Andrew Wolfson at the Louisville Courier-Journal has a witty discussion of the (Darwin Award-worthy candidates and) criminal defendants who find themselves in hot water over their Facebook postings.  Here's an excerpt from Wolfson's excellent article:

If you don't want to do the time, stay offline. Or at the very least, don't “friend” your probation officer.

Convicted of possessing methamphetamine and Ecstasy, Scott W. Roby learned that the hard way. The Louisville man had his probation revoked this month — and was sentenced to two years in prison — in part for violating conditions that required him to stay alcohol-free and out of bars and liquor stores. 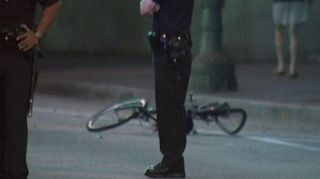 The LA Times is reporting on the cyclist death allegedly caused by a driver in a road rage incident not involving the cyclist.  Here's the LAT account:

A driver in an apparent road-rage incident that left a bicyclist dead in downtown Los Angeles has been released, though police say he may still be criminally charged.  A 62-year-old bicyclist was killed Tuesday after being struck by one of two drivers in the midst of a dispute near 8th and Francisco streets. The crash was still under investigation.

The driver of a Chevrolet Avalanche, a 37-year-old man, was detained for questioning by police. He has since been released, with a “possibility of filing later on,” said LAPD Sgt. J. Jennerson. The driver of a Kia compact car, a 23-year-old woman, remained on the scene but was not detained, police said.

The drivers apparently had some dispute while heading north on Figueroa Street.They turned left on 8th Street, and near Francisco Street, the driver of the Avalanche tried to pass the Kia on the right. While doing so, he allegedly struck the bicyclist, police said.
________________________________________
Cycling in a urban setting can be terrifying enough but to be the innocent victim of some knucklehead in the throes of road rage is sickening.  I am reminded of the Dr. Thompson assault case which also came out of LA and  which I blawged extensively about throughout the latter part of 2009.  The former physician is now doing 8 years for his near-deadly assault on cyclists.  We are targets, out there.