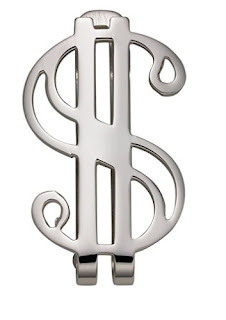 A number of years ago a lawyer friend of mine told a another lawyer to consult me about a child sex abuse case, an area of law I pioneered in Our State. This young lawyer, who I will call K asked me to meet with her, I did and I shared my insights into representing victims of child sex abuse. I provided K with the names of expert witnesses and I made other suggestions. That was the end of my dealings with her.

Years later I was approached by a young man, John, who provided me with convincing evidence that his step father had raped him for a period of years throughout his childhood. John had turned 18, nine months earlier (this is significant because it meant time was running to take legal action)—John was represented in a civil claim against his step father by attorney K. K had informed John that if she could not work out a settlement with John’s step father on John’s claim she would not file a lawsuit on John’s behalf. K obtained an offer of $45,000 payable in installments over ten years. John rejected the proposed settlement which also contained other unacceptable terms and conditions. He discharged K, and hired me.

John’s rights were about to expire, as I’ve said before Our State has a highly restrictive statute of limitations. John had to bring his lawsuit within 1 year of his 18th birthday. After John retained me I prepared a lawsuit and delivered it to step father's counsel with an indication that the lawsuit would be filed in two weeks. Within the two week period that I set out as a time frame I settled John’s lawsuit for $150,000 payable immediately.

After the case settled and the money received, John authorized me to pay K an attorney fee of $2,500; despite the fact that Our State law entitled her to nothing, since her contract with John was "contingent" on her reaching a settlement or other agreed outcome on his behalf.

Nearly two years to the date of this transaction, K sued me. K did not sue John, the former client that had a contract with K—no, K sued me.

Here’s the rub, K wanted to intimidate me, so instead of using traditional “service” of process methods like asking the court clerk to mail the lawsuit to me, she pulled shit like trying to serve me personally and multiple mailings none of which went to my actual mailing address—the result was that the Judge assigned to the case began to proceed against me under the impression that K’s complaint had actually been served on me as provided by law. Ultimately, the Judge entered a “default judgment” against me. Despite my efforts to file an answer, Judge B, refused to vacate the default judgment and over the course of six months held three separate “trials” on the question of damages. One of these trials was held on Christmas Eve of last year—Merry Christmas.

Judge B, is a menopausal nut—but, Judge B does respect the law. Despite Judge B’s enmity for me (Judge B and I have history going back to a pretty nasty dispute decades earlier involving neighbors who were trying to kill one another, when Judge B was a private practitioner), Judge B could not figure out how K was entitled to payment of anything . Judge B repeatedly demanded that K, or her associate produce one citation to authority (case law, statutory law, anything) entitling K to payment of attorney fees versus the lawyer who earned the fees in subsequent successful representation of a former client. Even for Judge B, this was a forehead slapper, D’oh! Judge B ultimately entered judgment for me.

Today, after delay and delay and delay, I received K’s appeal brief. Yes, K appealed. I just read K’s brief, it is pathetic. Since this is Year Two of K’s attempt to collect attorney fees from me I thought perhaps there was some change in the law (a pending court case that would have precedental import) coming down the pipe that would provide authority for the proposition that she was somehow entitled to payment of fees. Nah. K’s brief consists of the following arguments: “I got default judgment how come I didn’t get any money!”

Posted by Anonymous at 9:18 AM