Orly Taitz, dentist, lawyer, and Birther-movement queen was sanctioned (ordered to pay $20,000. to the US Government in 30 days) by a U.S. Dsitrict Court judge for her frivolous conduct in violation fo Federal Rule 11. Dr. Taitz, a Soviet immigrant, practicing dentist as well as a lawyer has been filing lawsuits attempting to establish that the President of the United States 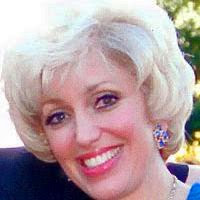 There is nothing wrong in pursuing controversial casues and in taking daring positions. Even good lawyers risk sanctions from time to time to represent unpopular clients or causes--but shoddy legal work and offering evidence that doesn't meet the smells like merde-test! C'mon, Dr. Taitz isn't a Bad Lawyer, Dr. Taitz is a clown.

Read: http://washingtonindependent.com/63558/orly-taitz-sanctioned-for-20000 --the Court's order can be downloaded at the link.
Posted by Anonymous at 8:54 PM