Accuse Someone of Rape in Canada, You Might Not Be Permitted to Wear Your Veil in the Witness Box 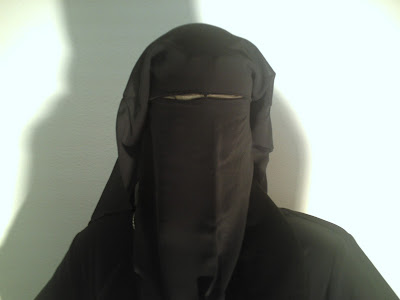 At least in Canada, you might not be premitted to wear a religious veil while testifying in certain cases. Huh?

"NS," a Canadian woman accused two relatives of sexual assault.  The trial judge ordered "NS" to remove her face veil while on the witness stand.  A motion from her personal attorney who was in the courtroom resulted in the trial court continuing the case to permit her and her attorney to pursue a review by a Canadian Court of Appeal.  Only in Canada.

The upshot, is that the Canadian appeals court while supporting the nearly universal notion that a witness' "demeanor" while testifying might be important significantly muddied the water.  The trial judge must implement a balancing test before overriding this woman's sincerely held religious custom of wearing the veil according to a report the Canoe.com.  The following excerpt is from the Canoe article:

[I]n their highly anticipated decision, the appeal court has ruled right down the middle, saying 'each case must turn on its own facts.'


As long as it doesn't prejudice a fair trial, the court ruled, Muslim women should have the religious right to wear their niqab when testifying.  But if a judge is convinced by the accused that he can't properly defend himself if she's testifying against him behind a veil, the witness must remove her niqab and allow the face-to-face confrontation that is the norm in Canadian courts.

'The criminal justice system as it presently operates, and as it has operated for centuries, places considerable value on the ability of lawyers and the trier of fact to see the full face of the witness as the witness testifies,'  wrote Justice David Doherty in the ruling released Wednesday morning on behalf of the three-judge panel.  'There is no getting around the reality that in some cases, particularly those involving trial by jury where a witness's credibility is central to the outcome, a judge will have a difficult decision to make.'"
__________________________
This sort of decision is a triumph of political correctness over common sense.  While I highly regard religion and the role in plays in life, the demeanor of a witness is crucial to the process of weighing credibility in my opinion.  This is a fundamental tenet of the right of confrontation of witnesses against you as a criminal defendant.

When the right wing nuts in this country fear monger about our appellate courts giving deference to the decisions of international law, this is the sort of case that supplies them with ammunition.  Ridiculous!  And this reaction from someone who spent a good percentage of his practice representing victims of rape and incest.
Posted by Anonymous at 6:58 AM