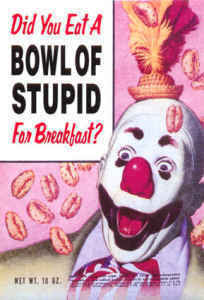 The Rapid City Journal has this remarkable report relating to a prosecutor's refusal to turn over images to the defense counsel in a child porn case because as this post header says, the Prosecutor claims it would be an illegal distribution of child pornography.:
"Releasing evidence to a defendant's attorney would make her guilty of distributing child pornography, prosecutor Laura Roetzel said Wednesday.
Pennington County's chief deputy state's attorney has refused to hand over copies of photo evidence in the case against John Rolfe to his attorney.  Rolfe, 59, is accused of three counts of first-degree rape and 12 counts of the manufacture, distribution and possession of child pornography. He is being held in the Pennington County Jail on $1 million bond.

Both state and federal statutes prevent her from releasing the information, Roetzel said. 'I would be guilty of disseminating child pornography,' Roetzel said.

Rolfe's attorney is free to examine the evidence in the Pennington County State's Attorney's Office, which is a common practice in these cases, Roetzel said.

During Wednesday's hearing, Roetzel announced that she plans to ask the court to permanently suspend Rolfe's telephone privileges. Roetzel said later that Rolfe is making harassing telephone calls to people who are peripherally involved in the case.  Roetzel and Rolfe's attorney will present their arguments at a motions hearing at 9:15 a.m. on Nov. 1."
_______________________________________
Seems to me that an argument exists that the defendant has a de facto deprivation of due process claim.  For one thing, without knowing more about the specific facts of this case, we can point to at least one situation over the last year where a defendant, facing 20-years, was able to prove that the alleged "child" in alleged child pornography video was an adult.   One could conceive of the situation where absence some prolonged access to such material would deprive the defense counsel of the ability in a similar fashion to explore this defense.  Furthermore, there is the question of chain of custody, possession of the "evidence" might permit testing or other forms of examination to establish manipulation of the images, or a source or custody other than the defendant.

I know that I previously related the case involving my client, a 17-year old male high school special ed student and star athlete, who was sexually exploited by his female substitute teacher.  In fact my client fathered a child with this educator; although his lawsuit brought after his 21st birthday was tossed by the civil courts because of the restrictive OurState statute of limitations


Unfortunately, the parents of my client turned over numerous photographs on CD-ROM constituting evidence of the crimes against their son.  These were rank sex images of this teacher having sex with my client and other teenage boys.  In turn I provided these images to the prosecutor who convened a Grand Jury.  Who got indicted?  My clients.  Yes, my clients: the parents, (as an aside I should have realized that my career was swirling down the drain),--why?  The prosecutor accused my clients of possession of child pornography!  The charges were subsequently dismissed, but not before these poor folks were humiliated in the press, had to hire a criminal defense counsel and all the other horrors you might imagine.
It sounds to me like the same sort of thinking (?) is going on here.
Posted by Anonymous at 2:02 PM