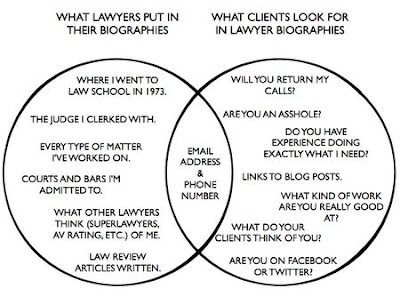 The Legal Profession blawg has a link to the disciplinary opinion supporting a public reprimand for Commonwealth of Virgina attorney Hilton Gordon Oliver a Virginia Beach attorney who handled a custody matter.  His client the mother who would lose custody was described by a witness as a "prostitute" based on his personal knowledge as a former paying customer.   After the custody proceeding, the lawyer sent a letter, including a transcript of testimony by the witness,"Mr. C," to the non-party witness' wife--questioning why Mr. C. would "falsely" testify to having patronized a prostitute.

Years ago, a friend of mine was very hurt by a relationship where he strongly suspected that his wife was involved with a married neighbor.  He intercepted damning emails.  We talked over coffee about what he should do with the emails, and, of course, his first inclination was to share the evidence with the neighbor's wife, "to alert her."  Upon reflection he realized that such an act was nothing more than spreading his misery to an innocent bystander--that it was his anger, outrage, pain--his ego, motivating the desire to share the pain.

In this case we have a lawyer acting in pure spite.  Not knowing the underlying facts of the disciplinary case the offense seems to me to be one justifying a harsher sanction, perhaps there was substantial mitigation?  We do see alot of this sort of gamesmanship in the divorce and family bar.  Nasty lot.

By the way, I included a useful diagram.
Posted by Anonymous at 7:51 AM