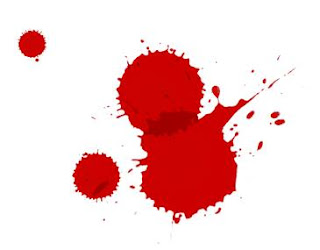 Columnist Dana Milbank at the Washington Post has this account of a deadly serious oral argument in a habeus corpus case.  Milbank speculates on whethere the Suprmes, themselves, have been swept up in the so-called CSI-effect which is the theory that juries exposed to police procedural television dramas now have an attenuated expectation of the prosecution's physical evidence.  Milbank accuses the Justices the Court of being "amused" by the gore.

'If someone were moved from the bed, taken to the living room couch, you would have expected to see a trail of blood from the bed, and there wasn't that,' said Justice Ruth Ginsburg.

Chief Justice John Roberts asked whether 'he could have dragged him from the pool to the couch because there were drops along the way.'

'Let's say there really was a gun fight, and Klein [the victim] fell someplace else,' speculated Justice Samuel Alito. 'Why is it so valuable to him to move Klein's body?'

Justice Sonia Sotomayor posed a hypothetical in which 'one of those blood spots absolutely had to be Klein's near the bedroom.'

'Why wouldn't he wipe up the blood?' Justice Antonin Scalia wanted to know. 'I mean, what good is it to simply put him on the couch when you leave a pool of blood showing that that's where he was shot?' [ . . .]

If the justices seemed a bit too fascinated by the bloody details of the 1994 murder case before them -- the word 'blood' was uttered 60 times in the hour -- they should perhaps be forgiven. The Supreme Court of popular imagination is one where high constitutional principles are decided in ideologically charged 5-4 rulings. But as ScotusBlog has noted, only 19 percent of cases last term were of the 5-4 variety. Far more often, the justices are dealing with technical, if not tedious, points of law.

In Tuesday's case, Harrington v. Richter, there was no ideological split as the justices decided what to do about Joshua Richter, convicted of killing Patrick Klein on a couch in the home of Richter's marijuana dealer. Now the accused is arguing that he didn't have competent counsel because his lawyer didn't seek forensic blood evidence that might have helped him.

After years in state and federal courts, the case came before the justices, who did their best to reconstruct the crime scene. They even had a Columbo in the room -- actually, Harry Colombo, arguing for the prosecution. In dispute: whether a 'blood pool' found in the doorway belonged to Klein, which would mean the murder victim had been moved after he was shot.

Clifford Gardner, lawyer for the accused, maintained that 'there were drops leading away from the blood pool.' The defense claims that a third person, drug dealer 'Gunner' Johnson, did the shooting and moved Klein to the couch.

[Justice] Alito had a suggestion for the accused. 'He could have made up a story that Klein jumped up and he was shot without having engaged in any firing himself,'  the justice said.

[Justice] Sotomayor, who revealed during her confirmation hearings that she was a Perry Mason fan, told the lawyer that there was 'nothing to refute the critical testimony at issue: that Klein was shot where he was shot because there's a high-velocity blood 'splatter' in front of him and because the pooling on his face shows that.'

This set off a long and sickening discussion of 'high-velocity blood spatter' and 'satellite drops' of blood and 'fan-like pattern of atomized blood.'

Mercifully, [Justice] Ginsburg changed the subject to something less gruesome -- but the reprieve was temporary.