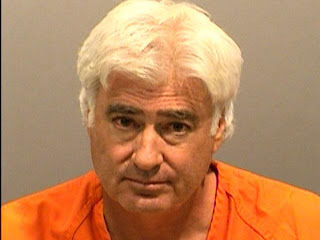 In April I told you about Colorado attorney Jeffrey S. Detlefs (pic) who was convicted of vehicular assault, and hit-skip after striking a cyclist who by coincidence was a local public defender.

Detlefs was driving while drinking and his child was in his SUV.  In my April account I reported that he received a 9-year prison sentence.  This morning, the Legal Profession blawg reports that Detlefs received a 3-year license suspension, um Law license.   Here's link to the opinion syllabus and a link to the story at the Legal Profession blawg.
Posted by Anonymous at 8:19 AM