In the Bad Lawyer's continuing quest to warn you against Bad Ideas, we have this story from Tracey Kaplan at the San Jose Mercury News: 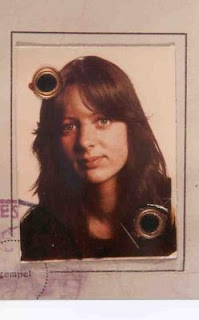 "A seemingly minor witness who took the stand in a rare Santa Clara County death penalty trial dropped a bombshell Monday, linking the accused killer for the first time to the East San Jose carport where the young victim's bullet-scarred body was dumped.  Ines Sailor's (pic) partially clad, shoeless body was found on New Year's Day in 1981 in the carport of an East San Jose apartment complex, the day after the 23-year-old woman disappeared from a party in San Francisco.   Suspected killer Melvin Forte, now 60, lived in San Francisco at the time, though he worked at Langendorf Bakery in San Jose a decade earlier and 'knew the streets,' prosecutor Brian Welch contended.

In his opening statement Monday morning, Forte, who is acting as his own lawyer, took pains to draw the jury's attention to the vague link between him and the city of San Jose, saying, 'Working and homicide is two different things.'

But Monday afternoon that argument lost steam, as Forte began cross-examining San Jose housekeeper and artist Barbara Kelch. She was the assistant manager of the 142-unit apartment complex on Poco Way who discovered Sailor's body.

Forte is currently serving life in prison on a murder conviction out of San Francisco. He became a suspect in Sailor's death after a positive DNA hit in 2005. If he is convicted, he could face the death penalty, in a rare capital case brought by the district attorney's office.

Forte barely finished asking  Kelch to recall the configuration of the apartment complex -- which she said included about six buildings spread over two square blocks -- when his question seemed to trigger her memory.

'I remember seeing you,' Kelch blurted, staring at his face.

'When did you see me?' Forte asked in a skeptical tone.

Kelch acknowledged she had not identified him before during any police interviews or the preliminary hearing. No tenant records are available because the former apartment complex has been redeveloped.  'I didn't recall you until I saw you today,' Kelch said. 'I'm an artist '... details are important to me.'

Adding insult to injury, Kelch didn't just claim she knew Forte.   She also said she asked him once if he lived there.   'You said, 'yes,' it was your apartment,' Kelch said.

She also testified that she suspected him of  'suspicious activity' because he was much older than the people she saw him with and because his apartment had a steady stream of visitors.  'I did not get a good feeling, she said, as the jury of eight men and four women listened closely."
__________________________________
Never, never repesent yourself.

Never ask a question you don't know the answer to--so many times, I have seen this occur with precisely the same result Kelch had in this instance.  I did it.  I've seen it done repeatedly by persons veteran enough to know better.  Stupid, stupid, stupid.

What I like about this new account his how the defendant dug deeper and deeper into this hole.  The granular detail supplied by this witness probably will help put Kelch on California's death row.
Posted by Anonymous at 1:57 PM