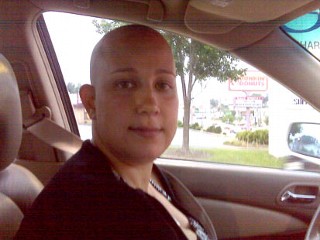 A woman from Baltimore County, Maryland faked stomach cancer to defraud donations from persons, mostly friends, moved by her plight.  In fact she utilized social media including Facebook to further her scheme.  The Maryland Daily Record has this account of her sentencing:

"A Baltimore County woman who stole thousands of dollars from friends by pretending she had terminal stomach cancer was sentenced Thursday to 15 years in prison and ordered to pay restitution totaling more than $14,000.  'In my opinion, you are a professional thief,'  said sentencing Judge John Grason Turnbull II, who also said he would recommend Dina Leone for treatment at the Patuxent Institution.

Leone pleaded guilty in June to one count of felony theft in Baltimore County Circuit Court.  Leone used Facebook to get in touch with old high school friends, telling them she had no insurance and could not afford cancer treatments. Friends and acquaintances rallied to her cause and raised funds. The family of professional skateboarder Bucky Lasek, a high school classmate of Leone’s, arranged an all-expenses paid trip to Disneyland last year for Leone and her family.

Inconsistencies ultimately unraveled Leone’s scheme. Police noticed her photos sometimes showed a 'catheter' in the right side of her chest, sometimes in the left. Leone shaved her head prior to buying wigs, but friends noticed she lacked bald spots that would indicate her hair had fallen out. Area hospitals also said they had no record of Leone being treated for cancer."
_____________________________
I know you can get less time for killing someone in and around Baltimore.

I'm trying to figure out if Judge Turnbull is a wee bit out of control?  Grandstanding? Would the outraged Judge sentence the "blind" beggar to 15-years?  Doubt it.

As I suggested in the title to this post, this woman's crime will bring the kind of Karma no one wants!
Posted by Anonymous at 2:56 PM