Falling Out of the Material World

Dennis "Denny" Hecker (pic, below right), was a Minneapolis car dealer.  This was the big local guy.  Every city or region has one or more of these guys (they have always been men, in my experience--although didn't Marge Schott operate a Cincinnati dealership?) Their last names are ubiquitous with various models of cars.  They might do their own (grating) commercials.  In gridlock traffic you stare at their nameplates on the back of automobiles in front of you.

Here in OurTown, there are several names that have been reverberating on teevee and radio since I was child, now the third or possibly the fourth generation of that name is hawking cars on cable.  One of these dealers thinks being car dealer qualifies him to be in Congress and is the nominee of the Tea Party--that ought to tell you something about the credibility of the Tea Party. 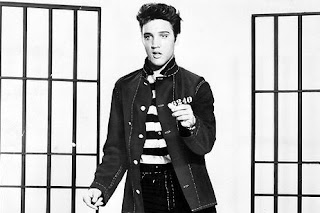 I digress, back to Denny Hecker.  Hecker hit the skids around the same time as the Scott Rothstein ponzi scheme was in the news; and I made the decision that Rothstein's collapse was more interesting in part because Rothstein was a lawyer and especially because of all the politicians who were taking Rothstein's dime (ahem, McCain, Crist, and so many others.)  What Hecker and Rothstein have in common was the near simultaneous publicity surrounding the sale of their bullshit-material acquisitions, cars, yachts, wet bars.  In Hecker's case they sold off his life-size porcelain Elvis.

Hecker's problems are in many ways more accessible to all of us.  He got in over his head.  Way over his head.  Ultimately, Hecker filed a bankruptcy petition trying to discharge three-quarters of a billion dollar in debt arising out of personally-guaranteed loans to his various businesses.  The bankruptcy "discharge" (official foregiveness of debt) was denied based on evidence of criminal fraud. 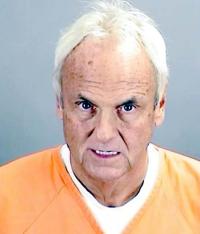 During all this Hecker's various problems were aggravated when he was unable to give up the affluent lifestyle.  Even with federal bankruptcy judges and prosecutors breathing down his neck Hecker continued his county club dining and private schools for his children.  Since June of 2010 Hecker is alleged to have received and spent $200,000.  The authorities suspect, according to numerous stories at the St. Paul Pioneer Press and Minneapolis Star Tribune, that Hecker is hiding assets. A girlfriend was busted, doing precisely that.  She admitted to sheltering money he gave her when questioned by federal investigators.
Yesterday, a federal judge put Hecker in the slammer.  Here's the story from TwinCities.com--which has a comprehensive archive of Hecker stories.   You can also read a Wall Street Journal article detailing aspects of the bankruptcy proceedings.

My family is embracing our fall out of the material world, as I have discussed previously on Bad Lawyer.  I woke up Tuesday morning feeling a lot like a drowning man, or maybe like Jonah in the belly of the Leviathan;  pretty dark and hopeless.  When you are caught in the maw of the justice system, right or wrong, you are thoroughly chewed.  As a lawyer I should have known that this is how it would feel.  I'm aware that my actions caused this sort of distress for others over three decades.  So while I can assure you that guys like Hecker and guys like the Bad Lawyer, brought these events upon ourselves, it is no less agonizing.

Hecker wanted, among other things, to pay his kids tuition at the school his kids were already attending; I'd like to provide a safe and familiar place for my pregnant teenager to bring her baby home when she delivers him in January.  You see, I fully understand what motivated Hecker's conduct as outlandish as it may seem.  We live in a material world. He was out of control, I was out of control--it's merely a matter of scale.

I pray that my family survives this fall, I hope my children can draw the most important of all lessons:  the material world is an illusion.
Posted by Anonymous at 9:54 AM