Stealing from the Blind 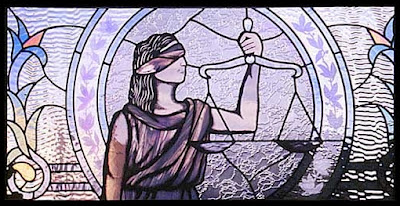 Elwood J. Walzer (real name) is a retired New Jersey attorney who according to a Debra Cassens Weiss story at the ABAJournal.com was censured for stealing from a blind courthouse vendor.  This is a link to the New Jersey Suprme Court disciplinary opinion which contains, Walzer's excuse, the vendor was an old crank who didn't like to make change.  According to Ms. Weiss' story, "[Attorneyh] Walzer was a lawyer and regulatory officer for the Department of Human Services. He was caught on a surveillance camera in the fall of 2007 taking food and beverages at least 14 times. He was not criminally prosecuted."

___________________
Many of the State buildings and courthouses, here, in OurState have "blind" stands for purchasing refreshments or newspapaers.

Many local news stories, like this one, make me think of Karmic justice; will Walz come back as a blind dog in is next reincarnation?  Maybe just thinking this stray though makes it so in some dimension. Remarkable to think that a lawyer working and retiring from a "human services" job could do this to another human being.
Posted by Anonymous at 2:18 PM