Why Are Some Killers Put to Death and Others Not? 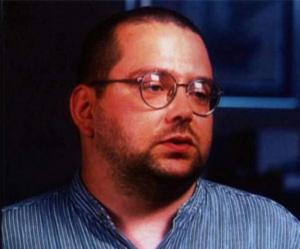 The report at Kentucky.com of the death by natural causes of this country's former youngest death row inmate, confirms this firmly held belief:

"Todd Ice (legt) died Thursday at Jefferson Regional Medical Center in Crystal City. He was 47, according to an obituary posted by Garden View Funeral Home.  Ice was sentenced to death at the age of 16 after being convicted of murder for the 1978 slaying of his 7-year-old neighbor in eastern Kentucky's Powell County. Ice's father, Dean Ice, told The Courier-Journal in Louisville, Ky., that his son died of an apparent heart attack.
Syl Knox, whose 7-year-old daughter, Donna, died in the attack, said he and his wife Sheila were relieved to learn of Ice's death. Sheila Knox, who was bound, beaten and stabbed by Ice, survived and later identified him as the assailant.

The Kentucky Supreme Court in 1983 reversed his conviction and death sentence, and he was retried in 1986. He was convicted of the lesser offense of manslaughter during extreme emotional disturbance and sentenced to 20 years.  Ice was eligible for parole at the time of sentencing based on time already served, but the state Parole Board, after being inundated with petitions from eastern Kentucky residents, ordered Ice to serve his full sentence.

He was released from prison in the mid-1990s and appeared on CBS' 60 Minutes in 1996, where he said he was taking anti-psychotic medication and was "not a violent person any more."

The thing is, we all die.  Are we ever free of the crimes we committed?  I think not.
Posted by Anonymous at 2:49 PM