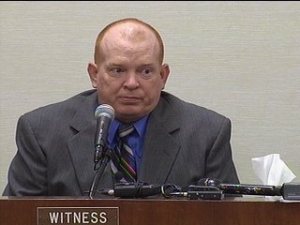 The Houston Chronicle reports that 6 of the 7 adults convicted in the Texas small town "swingers club" that involved sex crimes against children as young as 5 have been released after plea deals were struck following successful appeals of convictions in the case.  Here is an excerpt from reporter Terry Wallace's mind-blowing story:

"Texas prosecutors on Thursday abruptly ended a three-year criminal investigation into what they called a sordid small-town swinger's club where children as young as 5 were forced into performing sex. Six of the seven adults charged in the case were about to be freed on time served.  The three men and three women pleaded guilty to charges of injury to a child. But it was an unexpected end after Smith County prosecutors vowed last year to retry two defendants whose appeals were held up by a three-judge panel, which called the court record in one of the convictions 'rife with error.'

On Thursday, State District Judge Jack Skeen sentenced the six after they pleaded guilty to third-degree felony injury to a child and waived their rights to trial and appeal. District Attorney Matt Bingham said they would be released as soon as the Texas Department of Criminal Justice completes their processing.

Patrick 'Booger Red' Kelly (pic), Shauntel Mayo and Jamie Pittman had previously been sentenced to life in prison - Kelly for aggravated sexual assault of a child, Mayo and Pittman for organized criminal activity. Pittman and Kelly had their convictions overturned on appeal; Mayo's sentence was modified, but the conviction was upheld. Only Dennis Pittman, who is appealing his life sentence, did not reach a deal.

Bingham said he still believes strongly that all the defendants deserve life in prison, but he offered the plea bargain for the sake of the children who were victimized.

'This is just real simple,' he said. 'These kids have gone into a court of law four times. They have testified to these horrific acts, endured the trauma of having to testify, and I'm not willing to put them through this again.' He said the children, who now range in age from 10 to 13, have had this 'hanging over their heads' since 2004 with indictments three years later. The children could potentially have testified as many as seven more times in additional trials, he said.  'Whatever time they have to be a child they need to have it,'  Bingham said.

He stressed that he was not hiding from anything. Even the cases that were reversed were done so only 'on procedural matters,' Bingham said. 'The evidence was clearly sufficient to establish their guilt.'

That was why the six people were willing to acknowledge their guilt Thursday, which came as a relief to the children's foster parents, he said.  However, defense attorney Tina Brumbelow still insisted that all were really innocent.  'If you've kept somebody locked up for five years, of course they'll plea to something that's not true just to get off,' said Brumbelow, who represented Kelly in the initial trial. 'I think that they tried to convict an innocent man and several innocent people.'

According to prosecutors during the original trial, Kelly and his adult co-defendants forced the children into performing sex acts with one another while the adults watched.  The problem was that the outrage of all involved was so overwhelming it tainted the convictions so thoroughly that no appellate court could uphold the convictions.  A Google search of Kelly's name turns up a great deal of material some of it too sickening to post here.
Posted by Anonymous at 11:34 AM