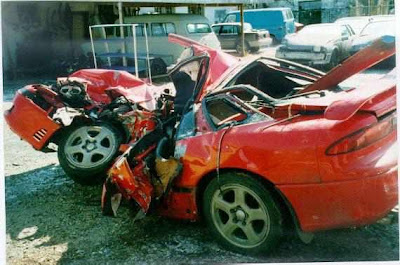 •Primary seat belt laws, which allow motorists to be stopped and cited for not wearing seat belts. Seat belts reduce the risk of death to those riding in the front seat by about half.

•Strong child passenger safety policies, which require children to be placed in age- and size-appropriate child safety and booster seats while riding in vehicles.

•Comprehensive graduated driver licensing (GDL) systems, which are proven to reduce teen crashes. GDL systems help new drivers gain experience under lower-risk conditions by granting driving privileges in stages. The most comprehensive GDL systems have been associated with up to 40 percent decreases in crashes among 16-year-old drivers.

'These preventable costs are a reflection of the terrible suffering of American families whose loved ones are killed or injured on the roads,' said Norman Mineta, chairman of Make Roads Safe North America and the longest serving Secretary of Transportation in U.S. history. 'Today, on the launch of the first-ever Decade of Action for Road Safety, occurring in 30 cities across our nation and 50 countries worldwide, it is time for all of us to take action to save lives at home and around the globe.'"
Posted by Anonymous at 5:19 AM