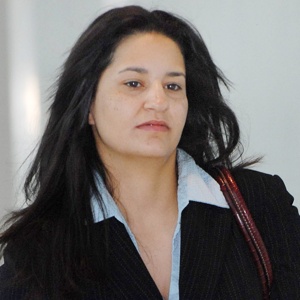 The other day, the Bad Lawyer was in a slight froth over the tabloid slamming of the Bronx ADA (assistant district attorney) charged, but not convicted of drunken driving.  I speculated that Jennifer Troiano (pic) had alienated someone with the Cops--turns out this was a good guess.

The New York Post published a follow up, the other day, reporting that prosecutor Troiano had ticked-off cops when she "boasted" that her connections would "take care of [the charges.]"  Separately, NYC cops are dealing with a scandal over alleged ticket fixing including wire-taps of at least one officer involved in making drunk driving allegation go-away.  Putting two and two together, you can see the motivation for dropping the dime on Ms. Troiano.

Part of the reason that this story caught my eye was that a young, fairly attractive lawyer was being pissed on by the Cops who in my experience would be falling all over themselves to cover-up for her.  Of course, the other part of it is that charges are not convictions--and,  this young professional is trashed on the front pages of a huge American newspaper over allegations of misconduct, well, it seems a wee bit over the top.  On the  otherhand, Ms. Troiano needs to get help, professional and otherwise if she wants a law career, nad the kind of help that she doesn't get by having a higher up "take care of it" for her.
Posted by Anonymous at 5:25 AM