Lying Cop: "I Can't Believe They're Doing this to My Family!" 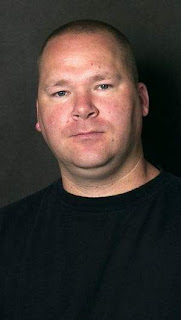 Delaware Online has the story of the lying cop who staged his own "shooting" in a scam to obtain early retirement.  It's his whining that caught my eye:

"A city police sergeant has lost his job after he allegedly staged a shooting incident in a scheme intended to pave the way for his early retirement, sources said Wednesday night.  Jeff Frett pleaded guilty in Superior Court Wednesday to making a false police communication in connection with a Nov. 30, 2010, incident.

At the time of the incident, Frett 'reported over police radio he had been shot at while on Interstate 676 South in Camden (and that the shooter) had fled in a dark-colored van,' the Camden County Prosecutor's Office said in a terse account Wednesday.  But an intensive investigation found the incident had been staged, said a knowledgeable source who spoke anonymously. The source said Frett's wife allegedly fired the shot in an attempt to wound the officer in the leg, so that he could qualify for early retirement. The shot missed, however.

No other person has been charged in the shooting, according to the prosecutor's office.

The radio report prompted an immediate reaction from police in the city and elsewhere, with officers speeding to the site in an effort to track down and arrest the shooter.

In an interview Wednesday night, Frett gave no details of the incident, but said authorities had ignored 'mitigating factors.'  [He added,] 'I didn't try to hurt anybody," said the 40-year-old Turnersville resident. 'I just had a personal crisis and this is how they thank me for my 17 years of service.'

He also expressed unhappiness that his court appearance was the subject of a press release from the prosecutor's office. The three-paragraph release contained no details of the actual incident. 'It's just unfortunate they're going to do this to my family,' said Frett.

Under a plea agreement, Frett was sentenced immediately after admitting guilt to a disorderly persons offense. As part of that sentence, he gave up his job and will be barred from public employment. Frett also must serve a year of probation."
__________________________________
You get this?  Cop lied, staged a phony shooting incident, involving an actual shooting and DOES NOT GO TO JAIL!  Really!?  I was in prison at Morgantown with guys doing 5 years for substantially less than this guy got away with.  It's absolutely mind blowing.

Oh, and I love this guy's insight;  what they are doing to his family...not what he did to his family.   Hell, Frett got his wife involved in this criminal act.  Amazing tale of wronging doing and looking the other way by the authorities.
Posted by Anonymous at 10:08 AM