When the Gov. Says You're a Quack, Well You Know You Got Problems 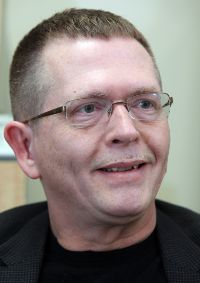 One of the posts lost to the Great Blogger Outage last week was the story of James Lundeen, M.D. an Ohio whor....er, opthamologist/occupational medicine doctor.  Some 20 years ago, the colorful Dr. Lundeen apparently decided his path to fame and fortune did not lie in practicing his specialty of Opthamology and instead decided to become a doc-4-hire to the occ-med and injury-bar of Ohio.  Recently, Governor Kasich identified Lundeen as a pill mill operator and called on the authorities to shut him down.  Last week, the medical license authorities accomodated the Governor according to reports in a number of newspapers throughout the state.

This is part of what the Columbus Dispatch had to say about Lundeen:

The State Medical Board yesterday suspended the medical license of Dr. James E. Lundeen Sr., a Columbus doctor who has been the target of investigations alleging he over-prescribed narcotic pain pills to patients around the state.
Gov. John Kasich, who earlier this year urged the board to act swiftly to suspend Lundeen, was 'extremely happy with their decision and hopes they will continue to take a very aggressive approach moving forward,' spokesman Rob Nichols said.

The board said it acted on 'clear and convincing evidence that Dr. Lundeen violated the Medical Practice Act and his continued practice presents a danger of immediate and serious harm to the public.' [ . . . ]

The board said that in 26 cases it examined, Lundeen 'failed to conduct appropriate physical examinations and excessively and inappropriately prescribed narcotic pain medication and other drugs of abuse.'

In an email to The Dispatch in response to his suspension, Lundeen said, 'More appeal hearings and court action to follow. Sad day in Ohio politics.'

[Dr. Lundee] filed two lawsuits, one in state court and one in federal court, alleging that he is the victim of discriminatory prosecution aimed at putting him out of business.

Lundeen says he has done nothing wrong and had a 'spotless' record.

The medical board said he ran an 'atypical practice,' operating 12 offices around the state, including the Portsmouth location where he treated roughly 90 patients on a single day every two weeks; as many as 30 to 40 patients were waiting, the board said[.]
______________________________________
According to friends in Ohio, Lundeen is a notorious provider of medical legal reports in workers' compensation and plaintiff's personal injury claims.  I've had some of these reports forwarded to me over the years, and it's fair to say that Lundeen reports are highly imaginative although not exactly empirical.  My sources say Lundeen medical reports were until recently widely-used in legal proceedings throughout Ohio by attorneys seeking workers' compensation benefits for claimants.

The question for those lawyers is:  do you have a strategy for rehabilitating the credibility of your medical-legal advocacy after Lundeen reports were used by you to support your clients' claims?  How does that work?  I've seen this sort of thing over the years and I always wondered how it is that lawyers who rely on an a so-called expert that has been demonstrated to be a "whore" doctor or worse can continue to advocate in matters now thoroughly-tainted with discredited medical reporting.

Oh, here's the link to Dr. Lundeen's 2010 Presidential campaign website.
Posted by Anonymous at 6:21 AM