Annals of Social Networking: Don't Be Braggin' About How You're Kickin' It When On Home Confinement 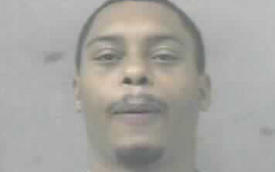 Brent Lamar Davis struck and killed a Charleston, WV motorcyclist last year.  While on home confinement awaiting sentencing, Mr. Davis, (pic) was providing details on exactly how he does his thing.  The victim's family as you might imagine have been keeping a close eye on Mr. Davis and turned the gangsta's posts over to the court.  Here's Cheryl Caswell's story for the Charleston Daily Mail:

"A man who pleaded guilty Monday to hitting a motorcyclist last fall, killing him, has now been arrested and incarcerated for drinking and using drugs while on home confinement.   Brent Lamar Davis, 25, of Charleston was put in South Central Regional Jail the day after his court hearing, after prosecutors received a tip from the victim's family that Davis had referred to those disallowed behaviors on Facebook.

Assistant Prosecutor Dan Holstein said Davis will now remain behind bars until his sentencing in June, and he intends to recommend a prison sentence. He faces a possible two to 10 years for driving under the influence causing death.

Michael Frame, 60, of St. Albans was killed in that accident last Labor Day weekend. Davis, driving a 1997 Ford Crown Victoria on MacCorkle Avenue, struck Frame on his motorcycle at the Montrose Drive intersection. He then abandoned his car and fled the scene.

The rules of the county home confinement program prohibit the possession or use of controlled substances, narcotics, alcohol and drug paraphernalia.

Frame's daughter, Anita Henson of South Carolina, attended Davis' plea hearing Monday and said afterward she wasn't happy the man was permitted to be on home confinement and feared he could still be using alcohol. When alerted to the Facebook posts, Holstein requested officials investigate and Davis admitted to the drug and alcohol use. In fact, he said he smoked ten joints of marijuana and drank tequila the day before his hearing. 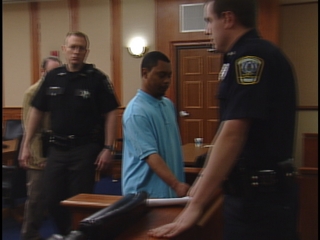 Davis accepted a plea deal from prosecutors, who agreed to drop a charge of leaving the scene of the accident.   In October, Hurricane resident David Michael Haning posted property in Poca assessed at nearly $77,500 for Davis' bond. He was released, but ordered to be on home confinement at his West Side house at 1730 Kemp Ave.    Davis at first said he went to the Liquor Mart on Patrick Street to buy the alcohol, which would also have been a violation of home confinement rules. He later changed that story and said a friend brought the alcohol to him.

Harry Carpenter, chief of the home confinement program, sent a letter to Holstein, saying, 'It is my request that prosecutors request that Mr. Davis' bond be revoked. Due to the serious nature of the crime to which he pled, and the fact that he admits to using not only alcohol but illegal substances, add this to his Facebook postings and it seems that Mr. Davis not only shows no remorse, but clearly does not take the authority of the court and this program seriously.'

Court documents include Davis' Facebook posting within the past week, including:

'Getting ready to go to court hope for the best,' 'On some sh—,' 'Drinkin the pain away lets get it,'  'Getting ready to do this 2-10' and 'Livin life to the fullest.'  Also found on his Facebook page, Holstein said, was a photograph of a hand holding a glass with what appeared to be liquor in it.

Holstein said, 'I was going to recommend prison from the get-go, and I think this adds fuel to that. This makes it pretty clear in my mind that he can't obey court orders.'
_________________________________________
This story has so much to recommend it: social networking obviously, home confinement, alcoholism and drug addiction tragedies, and victim impact.   It goes without saying that the rage the victims family must feel is at a level of intensity that goes beyond words.  But if you need any further proof that alcohol (and drug addiction) is cunning, baffling and powerful look no further than Brandon Lamar Davis.   Here's a guy who had every reason to abstain, but did not or could not.  Not only that but to brag about it online.

It would be easy to claim that this example is just some stupid gang banger,  But a study from Loyola Health Systems in 2009 indicated that Facebook was cited in 1 out of 5 divorces.  My guess is that that number is now considerably, higher.  On Bad Lawyer in the past year we saw numerous instances where texting, Facebook and other social networking created an evidentiary foundation for all sorts of litigation mayhem for juries, lawyers and judges.
Posted by Anonymous at 8:05 AM