A Little Prick--That's a Lawsuit 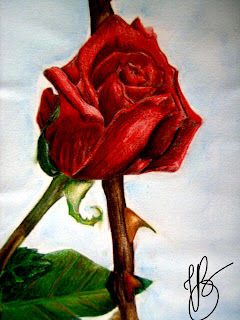 The Orlando Sentinel's Rene Stutzman is reporting on an eye-opening lawsuit filed by an area pri...man against the Winn-Dixie Supermarkets and a flower importer over his little prick....-ed thumb.  The story makes me laugh because in language intended to massage up the facts, describes his "injuries" as disfiguring.  The plaintiff also suggests that anti-bacterial water should be used on these dangerous flowers.  Here's Rene's report:

"A 41-year-old [Florida] man is suing Winn-Dixie Stores Inc., saying it and a grower should pay him $15,000 because when he bought roses at a Lake Mary Winn-Dixie three months ago, a thorn pricked his hand.  The suit, filed Monday, accuses Winn-Dixie and Passion Growers LLC, a Miami flower importer, of negligence.

Charles B. Imwalle, a fishing guide, asks for compensatory and special damages, alleging that he suffered pain, disfigurement, medical bills and lost wages.  He would not say Wednesday why he is asking for so much money. He referred questions to his attorney, Paul M. Thompson of Altamonte Springs, but Thompson would not comment.  According to the suit, the defendants should have stripped thorns from the flowers, wrapped the stems more carefully and used an anti-bacterial solution in its display buckets.

Sam Ferrara, founder of Passion Growers, said Imwalle got an infection and blamed the roses, but Ferrara insisted the flowers, which come from Colombia, are sterilized.  'We've been doing this 20 years,' Ferrara said. 'We've never, never had anything like this where anyone has gotten an infection by a thorn prick.'  {Mr. Ferrara's] insurer . . . rejected [the little prick]'s claim.

A spokesman for Winn-Dixie did not comment."
______________________________
Stupid plaintiff lawsuits like this do incredible damage to the reputation of injury attorneys.  This claim could have been written or pursued in such a way that scorn did not come down on the plaintiff.
Posted by Anonymous at 1:03 PM