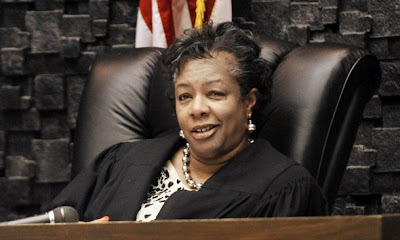 According to a report at the Winston-Salem Journal, Judge Denise Hartsfield characterizes her practice of fixing tickets for friends and family as "kinda of Robin Hoodish."  In otherwords, unethical.  What follows is an excerpt from Michael Hewlett's story:

"District Judge Denise Hartsfield fixed traffic tickets for friends, acquaintances, members of her church and others, then lied to the State Bureau of Investigation about it, the state judicial commission alleges in a statement of charges. She told an SBI agent that her actions do appear to be "kinda Robin Hoodish," according to the statement by the N.C. Judicial Standards Commission.

'Respondent (Hartsfield) engaged in a continuing pattern of conduct in which she entered beneficial judgments for certain defendants,' said the statement, which cited 22 cases.

The commission filed the charges March 1 after an investigation by the SBI. The commission will hold a hearing in the next few months. If it finds ethical violations, it will recommend discipline to the N.C. Supreme Court. The court could censure Hartsfield, suspend her or remove her from office."
_______________________________
The ABAJournal linked to this story first.

I can empathise with a Judge attempting to do real world justice, but he lying to the State Bureau of Investigation is going to cost her some licensure issues if not outright loss of license or suspension.  There's a judge in OurTown who was convicted in federal court of multiple counts of lying to the FBI about a favor she did for a politician that in and of itself was not illegal and at worst was simply unethical.  In covering up her unethical act she ruined her reputation, lost her law license and is looking at approximately 7 years in the federal penitentiary.
Posted by Anonymous at 8:32 PM