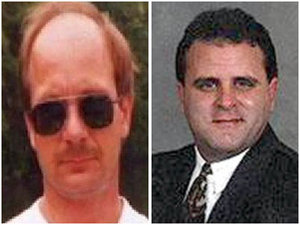 Larry King (no, not that one) a reporter at the Philadelphia Inquirer has the story of the lawyer who killed a fellow hunter he mistook for deer,  An excerpt from King's account follows:

Manilla, 50, of Worcester, is in the process of entering the pleas this afternoon in Bucks County Court to one misdemeanor count of involuntary manslaughter and two felony counts of illegally possessing firearms. If the plea is finalized and accepted by Judge Albert J. Cepparulo, a sentencing date will be set.

Manilla has acknowledged fatally shooting Groh, 52, while hunting in Richland Township. He told police he had mistaken Groh for a deer when he shot the married father of two through the heart with a high-powered rifle. Groh's survivors, who along with Manilla's family packed the courtroom this morning, are suing the lawyer for wrongful death damages in civil court. [ . . . ] The felony firearms charges were filed because Manilla was prohibited by law from having a gun. That's because he has a felony record, having been convicted of aggravated assault for clubbing a man in the head with a weightlifting bar in the 1980s.

Not only did Manilla continue to hunt for years in several states, authorities say, he kept dozens of guns at the Montgomery County home he shared with his elderly mother. Federal authorities are investigating additional firearms charges involving those guns, prosecutors have said.

Manilla also agreed to plead guilty to several hunting violations, including the illegaal use of a high-powered rifle for hunting in Bucks County. The county is one of several heavily populated areas in Pennsylvania where shotguns and muzzleloaders are allowed for deer hunting. [ . . . ]"
__________________________
Get that, the LAWYER is a felon but kept doing the whole gun thing.  Great.  So how did he get a law license or keep his law license after nearly beating a guy to death with a weightlifting bar?

Apparently, Manilla who was a DUI attorney in Valley Forge, Pa also had a recent shoplifting conviction.  What a guy.
Posted by Anonymous at 1:41 PM