In Oregon, the Right of a Victim to Be Present at Sentencing Voids Sentencing When the Victim Is Not Present in Court 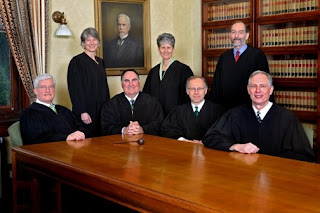 An interesting decision from Oregon Supreme Court is reported by one of my fav court/law journalists, Aimee Green at the Oregonian.  In her report at the Oregonian, Friday evening,  Aimee reportst on the criminal sentencing voided because the victim's right to be present at the sentencing was ignored by the sentencing judge.   This is from Aimee's article:

"The ruling offers a stern reminder to judges, prosecutors and defense attorneys that they can’t resolve criminal cases while victims are left in the dark — if victims have told prosecutors they want to be kept up to date on the process. The ruling affects victims of all types of crime — including rapes, assaults, burglaries, car prowls and identity thefts.

'It is a significant victory for victims of crime here in Oregon to make sure their voices are heard,' said Meg Garvin, executive director of the National Crime Victim Law Institute in Portland and a clinical professor at Lewis & Clark Law School.

Garvin said the decision also is gaining national attention because the justices clearly stated what should happen once the victim’s right has been violated.

The right to be told of critical criminal proceedings — and to speak, if victims wish — was guaranteed by a 1999 voter-approved amendment to the Oregon Constitution. Voters clarified a remedy if those rights are violated in 2008, and lawmakers wrote that into state statute in 2009. The high court’s ruling is its first on this issue.

Specifically in the Beaverton case, Ivey Wayne Barrett was charged with stalking his estranged wife, Linda Barrett, on Jan. 30, two days before she filed for divorce. She told a victim advocate in the Washington County District Attorney’s Office that she wanted to be notified in advance of important hearings in the case.

She was given paperwork to fill out, and told to return it by March 2. In the meantime, the advocate told Linda Barrett that there was a hearing Feb. 28, but she didn’t need to be present.

Ivey Barrett, 45, wasn’t expected to plea or be sentenced at the hearing. But because of negotiations leading up to the hearing, he pleaded guilty to misdemeanor stalking and was sentenced to two years of probation. He also was sentenced to 60 days in jail for violating a restraining order. On top of that, Washington County Circuit Judge Rick Knapp sentenced Barrett to anger management counseling, a drug and alcohol evaluation and treatment if necessary, to stay away from bars, to submit to polygraph tests and to possess no weapons.

After finding out her estranged husband had been sentenced, Linda Barrett asked the court — through Janine Robbin, an attorney with the Oregon Crime Victims Law Center — to throw out Ivey Barrett’s sentence and re-sentence him in her presence.
The judge declined, saying he didn’t see that as an option under the state constitution or state laws.

The high court disagreed. It vacated Ivey Barrett’s sentence, and sent the case back to the lower court for re-sentencing. It’s unclear when that will take place because Barrett hasn’t been following the terms of his probation and has a warrant out for his arrest.

Robben said Linda Barrett plans to attend the hearing, and to speak.

Robben remarked at how times have changed since she worked as a prosecutor starting in 1980, when there was no obligation to call victims before sentencing hearings — or tell victims if defendants were already locked away in the state penitentiary."
___________________________________
I'm interested in what the CDL community thinks of this Oregon high court decision and of the rights recognized by Oregon and other states effecting victim impact statements.

Recently, I reported on some outrageous PSI materials leaked to the press in the Elizabeth Smart case.  Miss Smart spoke movingly at the sentencing of her perpetrator and I think those of us empathizing with her were cheered by her courage and eloquence.
Posted by Anonymous at 8:14 AM