Lawyer William Mitchell (pic) unsuccessfully fought allegations that he was involved in bribing disgraced, felon, former-Cuyahoga County Auditor Frank Russo in exchange for a piece of an elaborate scheme run by his law partners that ripped off millions from Cleveland-area public schools. 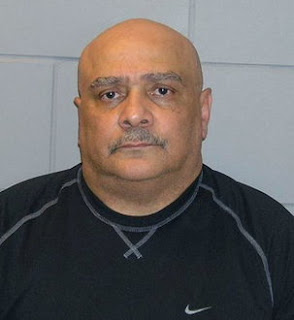 Russo, of course, was at the heart of a corruption scandal that cost more than 50 publlic officials, contractors and lawyers their reputations and livelihoods--and as I noted all last week, it is this former Cleveland-area public official who is at the center of the Judge Steve Terry trial that is awaiting a jury verdict, possibly this afternoon.  Unfortunately, for Mitchell who was a highly successful personal injury and medical malpractice attorney, his former partner, Bruce Zaccagnini was dieseled-in from FCI, Morgantown and testified against him.  So did Russon. This morning a US District Court judge. Sara Loi handed down an 8 year prison sentence.

This is an interesting case as well as a cautionary tale for law partners.   Know what your law partner is doing, or pay the price.  If Mitchell is to be believed he did not know how his law partners led by the now deceased, Louis Damiani and Bruce Zacagninni (who I encountered at FCI, Morgantown) were raking in the millions that they brought to the law firm's bottom line.  But Mitchell benefitted as a firm owner in the monies stolen from the taxpayers and this is what Judge Loi "hung her hat on" in sentencing Mitchell to prison.  According to Cleveland.com, the following exchange occurred:

Countered Lioi: "You could not stick your head in the sand and reap the benefits."

Now, let's see--why aren't the equity partners at BigLaw going to jail when their law partners criminally overbill as we saw last year in the Chicago case of Mark McCombs, partner at Greenberg Traurig?   There were no criminal consequences for the equity partners, then, didn't they have their heads in the sand.?  Is it as I said then, the rules are made on the backs of small law?
Posted by Anonymous at 1:53 PM