Judge in Corruption Trial: "I Did Nothing Wrong." 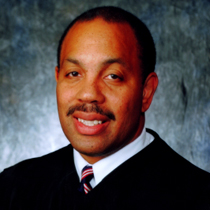 "Judge Steven Terry, fighting for his freedom and his job on the Cuyahoga County common pleas court, testified Wednesday that he did nothing illegal in 2008 when he ruled on an obscure foreclosure case according to the wishes of his political mentor, former county auditor Frank Russo.

'I just wanted to get an old, complex case moving and to get it off my docket,' Terry explained, speaking directly to the 12-member jury hearing his corruption trial in U.S. District Court. 'When I denied the motions, everyone was equal and the case could move forward.'

But Cincinnati attorney Thomas Henderson, who represented the bank in the foreclosure case, disputed that position. Henderson said the ruling forced him to settle for far less money than the bank was owed [ . . . ]

The defense presented a court consultant who testified that Terry was correct to deny a motion for summary judgment filed by a bank in the foreclosure case. But when the consultant, law professor Beatrice Hill of Case Western Reserve University's School of Law, heard the wiretapped tapes and read the transcripts, she backed off her original conclusion. [Professor] Hill testified that a judge should not talk secretly to one side of a lawsuit, nor should a judge base his decision on the requests of influential politicians.

Terry testified, however, that [convicted felon and former Cuyahoga County Auditor Frank] Russo's only interest in the foreclosure case was its age: five years. What Terry failed to address was why Russo -- who isn't a lawyer -- would show such an interest in this particular case among all of the old foreclosure cases on Terry's court docket.

Federal prosecutors have argued it was because the plaintiffs in the case were represented by attorney Joseph O'Malley, a close friend of Russo's.

The [Judge Terry]  is on leave pending the outcome of the case.

I would not be surprised if there is a verdict by Friday.
Posted by Anonymous at 8:22 AM