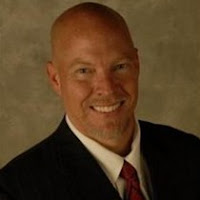 Last year, I told you about the Cincinnati-area high school teacher and sometimes Bengals Cheerleader who obtained an eye-popping $11 million dollar default judgment against an Internet gossip website.  After I left off talking about that story, my curiosity about Ms. Sarah Jone's lawyer, Eric "Bulldog" Deters was tirggerd.  This was because there were suggestions in the coverage, at that time, that Mr. Deters sued the wrong entity.  This meant that the $11-mil judgment was nothing but a chimera.   I don't know if Mr. Deters was able to collect anything for Miss Jones who claimed her reputation was sullied by an ex-boyfriend who posted something unkind about her at the website.  Of course there's no more glaring publicity than news articles in your hometown paper trumpeting you mega-millions lawsuit with suggestions that you go look at the obnoxious things said about you justifying a million dollar default judgment. 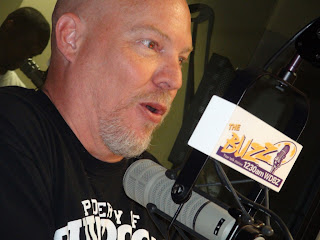 It turns out that Eric Deters is, or should I say, was a radio personality at WLW 700AM, Cincinnati.  WLW is one of those old-fashioned (owned by Clear Channel) AM channels with a huge (50,000 watt, a friend claims that the station once had a 500,000 watt) radio signal and lots of right wing talk--although, not Deters who got canned for racially "insensitive" remarks.  The remarks that cost Deters his weekend radio slot were made in a video (now deleted) at Deters' Facebook page according to the Cincinnati.

Then it came out this week that a Kentucky Bar disciplinary authority is looking to suspend Deters for a systematic pattern of filing frivolous lawsuits or put another way, filing lawsuits without first figuring out if he has a good faith basis for the lawsuit.  Deters response, sue the Bar Association  Brilliant.

Lawyer and [former] WLW-AM (700) radio personality Eric Deters may be in danger of having his license to practice law in Kentucky temporarily suspended.

Trial Commissioner Frank P. Doheny recommended the suspension in a report claiming that Deters has abused his position as attorney by adopting a "sue first, ask questions later" mentality. Deters is also being accused of reckless action without accountability.

If the suspension is carried out, it would last 181 days. All suspensions lasting longer than 180 days require the lawyer to go through the bar association’s character and fitness committee before he or she can be readmitted. In that case, readmittance is not a guarantee.

Doheny's report claims [Mr. D]eters violated several rules including contacting clients already represented, claiming bias on the part of Judge Stephen Bates during a radio broadcast and accusing former Kenton County Judge Ralph Drees of conspiring with a home builder to place a bid for a new jailhouse in Independence.

"(Deters) simply spits out words to see where they splatter and injures people in the process," Doheny wrote in the 21-page report.

Deters issued a statement in response to the requested suspension.

“Those baseless charges against me do not include: dishonesty, a crime, theft, malpractice, harm to a client, moral turpitude or any shameful act,” the statement said. “They are nitpicky nothings.”

Deters plans to fight the recommendation filed by Dehony Tuesday in Frankfort's Office of the Disciplinary Clerk.

“My battle with the Kentucky Bar Association is far from over,” Deters said. “Frank Doheny, my hearing officer, was supposed to serve as an unbiased one. He is not a judge in real life.”
__________________________________________
Deters is a flame-thrower in the mode of Hall of Infamy member, Geoffrey Fieger, except Fieger actually appears to fairly investigate his claims prior to filing.  Deters sounds like he's a whole lot more improvisational and maybe a little more low-rent.  Of course, this is just O-P-I-N-I-O-N.  Lest you think I'm being overly paranoid, Deters sued a Cincy blogger last year over an item in the Whistleblower blog.

I added the latter caveat, because Mr. Deters likes to file lawsuits including his second lawsuit against the Kentucky Bar Association last week over his disciplinary process.  The coverage of that lawsuit in the Cincinnati Enquirer caught my eye suggests that Deters will have his Kentucky law license suspended.  Deters, of course, felt it was necessary to respond to his public and posted the YouTube video at this link to the BluegrassBulletin.com where Marcus Carey writes:

"Deters tends to polarize people, but he says he doesn't care. This week the bar association, through a hearing officer, recommended that he be suspended for 181 days. That kind of punishment means that the suspension would not end with automatic reinstatement, rather would require a character and fitness review and perhaps permanent removal from the practice.


Deters has rammed his head into a number of brick walls lately. He has been criticized for suing prosecutors, sanctioned by state and federal courts and sharply criticized for his challenge to the impartiality of the hearing officer assigned to rule on his disciplinary case."
______________________________
This means , contrary to what Deters say in his YouTube rant would likely cost him his license to practice law in any state with reciprocal discipline--which is every state including Ohio and Florida.

At this link you can look at Mr. Deters' colorful law firm website.  Truly a remarkable piece of work--and, probably in itself qualifying for disciplinary scrutiny since his representations as an "expert" contravene prohibitions under most disciplinary regimes.  And I was a practing attorney for nearly three decades and I never heard of the US Bar Association which Deters claims to be the president of; nor, does a web search turn up any such entity.

Then again maybe you can find something at Deter's other shrine to himself, his Facebook page.

All my career I've known lawyers like Eric Deters.  Some had less on the ball than Deters, and some were sufficiently competent that the self-promotion could be forgiven.  Maybe once upon a time, Deters actually cared about the law, and his clients--now, it seems that his gigantic ego totally swamps all commonsense.  He's totally foolish if he thinks an unctuous approach to the disciplinary authorities is a good approach.  In fact the disciplinary rules require lawyers to cooperate and be forthright.  Deters appears from this distance to be taking the opposite approach.  We'll keep an eye on Eric Deters, it should be fascinating and instructive.
Posted by Anonymous at 6:27 AM