Pay Your Bill with Cash, Get a Ticket for Disturbing the Peace 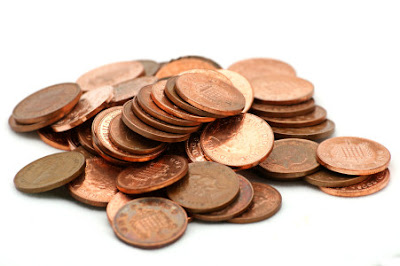 A Utah man paid a disputed $25 medical bill with pennies and ended up in custody according to a story at the Dutluth News Tribune.  Here's an excerpt from the Associated Press account:

"A Utah man has been cited on a charge of disorderly conduct after paying for a disputed medical bill with 2,500 pennies. The Deseret News of Salt Lake City reported that Jason West went to Basin Clinic in Vernal on May 27 prepared to dispute an outstanding $25 bill.

Assistant Vernal Police Chief Keith Campbell said that after asking staff members whether they accepted cash, West dumped 2,500 pennies on the counter and demanded that staff count them.

[According to the citation] West's action served 'no legitimate purpose.'