In a filing relating to the resentencing of Lord Conrad Black, the former Canadian Media mogul convicted of mail and honest services fraud, federal prosecutors are arguing that Black was living an imperious life-style during his previous incarceration.  Debra Cassens Weiss blawgs at the ABAJournal.com as follows: 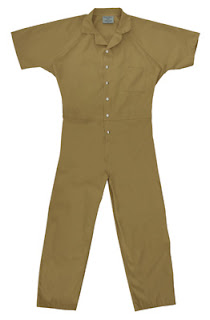 "Prosecutors are pointing to allegations that one-time media mogul Conrad Black treated inmates like servants and had a supercilious attitude in an effort to send him back to prison.

Black was convicted for defrauding Hollinger International and served 29 months in prison before he was released on bail. The U.S. Supreme Court overturned two of his convictions for honest services fraud, but did not disturb convictions on another count of fraud and obstruction of justice.

Black’s lawyers describe him as a model inmate and say he shouldn’t have to serve any more prison time after he is resentenced on June 24, the Chicago Tribune reports. Prosecutors responded with affidavits by prison workers.

A [federal Bureau of Prisons] unit manager said Black had an entourage of inmates who performed services for him, such as ironing his clothes, the Tribune says. Some inmates saluted Black every time that he taught GED classes. While he was teaching, an education specialist said, Black 'projected the attitude that he was better than others in the class, both faculty and students.'"
________________________
Don't you love this, Conrad Black deserves to be punished severely because when we punished him before he had a bad attitude.  Just imagine it, the US federal prosecutors obtained a conviction, in part, based on an unconstitutional enactment, the US imprisoned this wealthy bastard--how dare he maintain his imperial attitude while in jail.

Seriously, having a few months of personal experience with Club Fed, I can assure you that Conrad Black was not treated specially.  They don't do that.  Everyone is treated like crap.

And when you live with hundreds of inmates, many of them without any access or resources to enable commissary or phone expenditure you encounter every imagineable hustle--including, inmates who do laundry, provide ironing or orderly services for one another in exchange for commissary purchases, i.e. candy bars, vending debit cards, stamps, and as I blawged before "cans."

It's offensive that federal prosecutors would attempt to massage this sort of thing into a claim that a defendant (who to some extent was wrongfully imprisoned) was living the high life and now really deserves punishment. What a crock!

Note:  I just noticed where the Sentencing Law and Policy blawg has an excellent post on this as well.
Posted by Anonymous at 11:06 AM