Andrew Wolfson at the Louisville Courier Journal reports on the law suit filed by the former associate of the Winters & Yonkers Personal Injury law firm.  He claims that the firm fired him because he refused to refer personal injury clients to a certain chiropractor that works with the firm.  This is an excerpt from Wolfson's story:

"A former associate at Winters & Yonker, the law firm that does massive advertising, claims he was fired for refusing to go along with an arrangement in which he says the firm trades clients with medical clinics that diagnose and treat personal injuries. 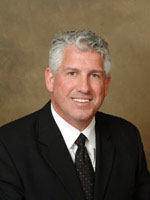 The lawyer, 28-year-old-Anthony Gadlage, says in a lawsuit that he was sacked in April because he ignored demands to send clients to Kentucky Spine & Rehab, which is owned by Dr. Gary Kompothecras (pic, right) the chiropractor behind the toll-free referral line [omitted.]  Gadlage, a former assistant county attorney, said he refused to engage in the 'quid pro quo referral arrangement mandated' by the law firm 'out of concern for the wellbeing of clients.'

Gadlage said in his suit, filed Wednesday in Jefferson Circuit Court, that sending clients to Kompothecras’ clinics made cases harder to settle. In an interview, he said that was because the clinic charged higher medical bills that insurance companies didn’t want to pay.

In a statement, the law firm’s outside counsel, Ron Green, denied that it trades clients with Kompothecras. Green said since the middle of 2009 the firm has provided clients with a 'menu of medical providers that the firm thinks well of” and has each client sign a document confirming they received a choice of physician.

The suit does not name Kompothecras as a defendant, and he couldn’t be reached for comment.

Kentucky ethics rules bar lawyers from giving anything of value for a referral[.]"
______________________________
I've talked about this sort of thing in my posts about "whore doctors."  I'm not pre-judging the claim against Winters & Yonkers, but these big personal injury firms are primarily entities with a certain business models that they adhere to.  These firms need to obtain certain "inputs" necessary for successful resolutions or outcomes, i.e. settlements, um cash.  By working with doctors or chiropractors who play ball the lawyers hope to obtain "reporting" and medical forensic evidence to support the personal injury claims they process.  I suppose this is all well and good except when what they're doing is UNETHICAL.

An online search turns up information indicating that chiropractor Kompothecras has quite an operation with over 40 "medical" facilities in Florida alone.

We'll keep an eye on this story.
Posted by Anonymous at 9:08 AM