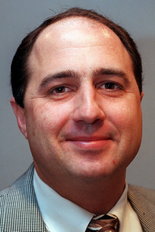 One of the unexpected aspects of the Ohio State Scandal is the role played by Christopher Cicero (pic, left), a Columbus-area attonrey who totally-breached client confidentiality to inform Big Ten Ohio State Coach Jim Tressel about Buckeyes selling memorabilia to a tattoo parlor/drug dealer client.  Here's a link to the certified complaint filed against Cicero with details from Cicero's email communications with Tressel.

According to the complaint, Christopher T. Cicero violated codes of professional conflict when he sent three e-mails to Tressel about players giving football memorabilia in exchange for free or discounted tattoos, a violation of attorney-client privilege and confidentiality.   Cicero learned of the information from conversations with Edward Rife, who owns the Columbus tattoo parlor and was the subject of a federal drug-trafficking investigation.  Rife asked for confidentiality as part of an intake interview on the criminal case pending against Rife and his Tattoo Parlour.  Cicero promptly turned around and sent unsolicited emails to Tressel which are quoted at length in the complaint.
If true, really a disgusting performance by a lawyer trying to suck up to Coach Tressel.
Posted by Anonymous at 11:46 AM