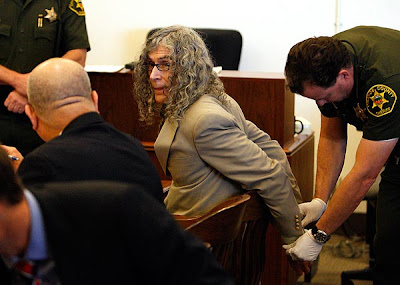 Bad Lawyer was one of the first blawgs to report on the third trial of serial killer Rodney Alacala, who had twice previously been sentenced to death for killing 11 year old Robin Samsoe.   Representing himself in a third trial, Alacala who purported has a genuis IQ, had the proverbial fool for a client and the fool for a lawyer.  I also reported on Alcala's conviction following this third trial which Alcala succeeded in turning into the predicted lurid travesty--with a playback of his appearance on the Dating Game.

Now he has been sentenced to death for a third time.  You can read the denouement at the link for the Orange County Register which had the best coverage, with further links to the victim impact statements.
Posted by Anonymous at 9:31 PM