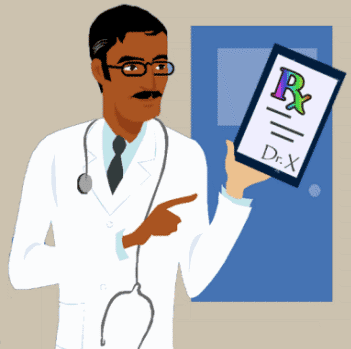 The Chicago Tribune reports on the local cardiologist who stole millions of dollars and is now off to the federal penitentiary for 5 years.  The Trib report follows:

"A Chicago-area physician whose medical license has been suspended has been sentenced to five years in federal prison for stealing approximately $13 million from Medicare and more than 30 other public and private health-care insurance programs over roughly five years, the U.S. attorney's office said today.


Cardiologist Sushil Sheth, 50, of Burr Ridge, whose office was in Flossmoor,'lied thousands of times to Medicare and other insurers in order to receive millions of dollars he did not earn for patients he never treated,' according to a press release. He used the fraud proceeds to live a lavish lifestyle, purchasing a suburban mansion, property in Arizona, luxury automobiles, and investing in various venture capital opportunities, the government said.

Sheth regularly submitted claims seeking payment that, when added together, had him providing more than 24 hours of medical services and treatment in a single day.

He was sentenced Tuesday by U.S. District Judge Rebecca Pallmeyer and ordered to begin serving the 60-month prison term in two months. He pleaded guilty a year ago to one count of health-care fraud after being charged in January 2009. Sheth was also ordered to pay restitution totaling approximately $13 million and he agreed to forfeit property and funds totaling more than $11.3 million that the government seized from him.

His medical license was suspended by the Illinois Department of Professional Regulation in March. His attorney said at the sentencing hearing that Sheth had surrendered his license. Sheth admitted that he obtained approximately $13 million between January 2002 and July 2007, including approximately $8.3 million from Medicare and some $5 million from other public and private health care insurers -- in fraudulent reimbursement for the highest level of cardiac care when those services were not performed -- and then used the proceeds for his own benefit.

He used his hospital privileges at three unnamed hospitals to access and obtain information about patients without their knowledge or consent, federal officials said. He then hired individuals to bill Medicare and other insurance providers for medical services that he purportedly rendered to patients whom he knew he never treated.

Typically waiting almost a year after the treatment was purportedly provided, Sheth submitted more than 14,800 false claims for reimbursement for providing the highest level of cardiac care -- requiring hands-on treatment in an intensive care unit -- on multiple days during patients' hospital stays.  Federal agents searched Sheth's Burr Ridge home in June 2007 and seized more than 600 uncashed checks from various insurers totaling more than $6.7 million."
_________________________
We see this sort of thing all the time in Bad Lawyer land.

Previously I told you about the local physician who served the personal injury/workers compensation law practices in and around OurTown.  This fraud was somehow able to obtain millions of dollars in reimbursement from "carriers" and governmental disability programs while residing year round at his villa in Italy.  His adopted son, a Korean-born and educated "doctor" was unable to pass the "foreign medical student" exam preliminary to obtaining OurState medical license--nonetheless, operated the office as "Doctor Kim" submitting forms under the signature of his father.  Dr. Kim was prosecuted, his father got away with it.
Posted by Anonymous at 1:43 PM