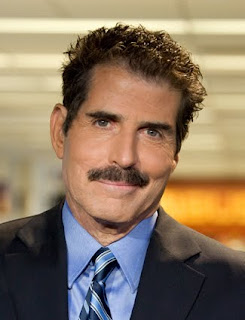 The San Francisco Chronicle reports on the 9th Circuit Court of Appeal defamation suit that should encourage Shirley Sherrod, the recently fired USDA employee who was a victim of so-called conservative journalists who pieced together "clips" of a speech she delivered to the NAACP, that made it appear that this African American federal public servant discriminated against white farmers in programming that Sherrod administered.  The concept of "false light" is that persons can defame you my manipulating and massaging video and audio to create a "false light" for the purposes of what was precisely done to Mrs. Sherrod, cost her, her job.

"The case given attorneys for Mrs. Sherrod encouragement involves an ABC/20-20 story about a televangelist reported by right-wing correspondent, John Stossel (pic).  Here's reporter, Bob Egelko's story forthe San Francisco Chronicle story:  A federal appeals court reinstated a slander suit Tuesday against ABC-TV by a Southern California televangelist who was misleadingly shown on '20/20' as bragging about his wealth.

The ruling could come into play in another national media controversy - this one involving a U.S. Department of Agriculture official who was fired after a blogger posted a video that appeared to show her making racist remarks that in fact were taken out of context. The Rev. Frederick Price (pic, left) sued ABC and its then-correspondent, John Stossel, over the news program's use of a film clip of one of his sermons in a March 2007 program.   It showed him telling his congregation, 'I live in a 25-room mansion. I have my own $6 million yacht,' a private jet, a helicopter and seven luxury cars. 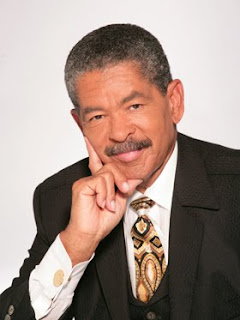 Stossel introduced the clip by saying Price boasts of his riches, and followed it with a discussion with a watchdog about ministers who hide their church's finances.   In fact, however - as ABC acknowledged in a subsequent apology and retraction - Price was speaking not about himself, but about a hypothetical person who was materially wealthy and spiritually unfulfilled.

Price is the founder and pastor of the Crenshaw Christian Center/Ever Increasing Faith Ministry, which claims 22,000 members and preaches the 'prosperity gospel' of financial reward to believers. He owns a $4.6 million house and a Rolls-Royce and travels the world in a church-owned jet, the appeals court said.

A federal judge dismissed his defamation suit, saying the film clip was 'substantially true' because Price is wealthy and has spoken about it elsewhere. But the Ninth U.S. Circuit Court of Appeals in San Francisco said an out-of-context quotation that distorts the speaker's meaning can be libelous.  The Supreme Court has established that the accuracy of a quotation is determined by 'loyalty to the speaker's intended meaning,' the appeals court said.

'The video quotation of Price's statement materially changed the meaning of Price's words,' and he is entitled to try to prove that the film clip was a knowingly false presentation that hurt his reputation, Judge Mary Schroeder said in the 3-0 ruling.

The decision was issued the same day Shirley Sherrod turned down an offer to return to the USDA, which fired her from a job in Georgia in July after video excerpts of one of her speeches circulated on the Internet.

The video depicted Sherrod as a racist who refused to help a white farmer, but it was actually taken out of context from a talk to the NAACP in which she discussed her past and the need to move beyond race. Sherrod says she is considering a defamation suit against Andrew Breitbart, the blogger who posted the video. If Sherrod sues, 'this decision should make her very happy,' said Price's lawyer, Andrew Glassman.

Despite ABC's apology to Price, he said, the minister suffered substantial harm to his reputation from a distorted telecast that was seen by millions.  Jeffrey Schneider, ABC's senior vice president for news, said the network is confident that it will ultimately prevail in the lawsuit."
______________________________
I've been working on a matter at my W-2 job, where a large area employer followed it's disabled custodian around, filming her for 3 calendar years.  Possibly hundreds of hours of video were obtained, and yet only 4 hours of surveillance were turned over to her attorneys, and of the 4 hours of video, the employer's investigator massaged together a "17 minute edit: with jump cuts to make it appear that this genuinely crippled woman is "able-bodied."  It's actually a pretty amazing Soviet-style manipulation of images intended to screw her out of her benefits; and, for the moment, it worked.

The attorneys at my day job are pursuing a "false light" defamation claim which has only recently been recognized, here, in OurState. The defendants are expected to argue that since they screwed her in a "workers' compensation administrative proceeding" their defamation of her was "privileged."  Ah, yes, the old affirmative defense of privilege to commit intentional harm.  It's actually pretty astonishing how often this argument has sway in OurState.
Posted by Anonymous at 7:29 AM