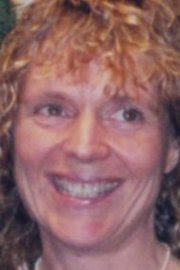 Cynthia Hubert at the SacBee.com is reporting the storyof the mentally ill woman being held in the Sacramento jail.  According to the account, the taxpayers are paying tens of thousands of dollars to keep her in lock-up despite the fact that she has private health insurance that will pay for residential mental health services--the only problem, the district attorney insists that she plead guilty to a crime before he will let her go.  Here's an excerpt from the story:

"Accused of assaulting a peace officer, Tracy Sinclair Feather has been behind bars for 3 1/2 months. She has suffered from bipolar and other disorders since she was a teenager, and her spiraling mental condition – she has tried to harm herself numerous times in the downtown jail and has attempted suicide at least twice – has cost the county tens of thousands of dollars for treatment during her incarceration.

Feather's lawyer said her client has private insurance and could serve her time in a locked mental facility at no cost to taxpayers.   But the path through the criminal justice system is complicated, particularly when the defendant is seriously mentally ill. The county District Attorney's Office wants Feather to plead guilty to a felony before being allowed to transfer out of the jail to serve six months in a 'locked facility,' most likely a hospital.

'We can't release a defendant while a case is still pending,' said Shelly Orio, a spokeswoman for the district attorney.  'Our top priority is protecting public safety. We can't just let her go without accountability or monitoring.'

Feather's attorney, Dennise Henderson, has resisted a plea deal so far, saying Feather did not commit a felony during a brief standoff with Sacramento police officers on May 2.  But her client's mental condition has deteriorated so dramatically, Henderson said, that she may have no choice but to accept the offer. A hearing on the matter is scheduled for today.  'I am very bothered by this resolution,' said Henderson. 'But this is the problem when a mental health case becomes tangled in the criminal system. Tracy does not function well in jail, because she has never been there before. It is not a place for someone who is mentally ill.'

Yet more people with mental illnesses are showing up in jails and courtrooms, as cuts in social safety net programs leave them with less access to services and medications. In California, jails and prisons have become 'today's de facto mental health treatment facilities,' says a new report by a task force studying the issue for the Administrative Office of the Courts. A recent study found that four times as many mentally ill people in the state are in jails or prisons as in psychiatric hospitals.

The human and financial costs are high, according to the report. In 2008, the cost of a bed for 'acute mental health services' in a psychiatric unit of county jails in San Mateo and Santa Clara was $1,350 a day, it says. Sacramento County figures likely are close, officials said. Local police confirm that officers are encountering more mentally ill people since Sacramento County began cutting mental health services to close a mammoth budget deficit. Psychotic patients also are jamming emergency rooms and jails, officials have told The Bee. . .

In a jailhouse interview and in records supplied by her lawyer, Feather said that more than once during her stay, she was forced to lie on the floor of an empty 'classroom,' handcuffed and shackled, after deputies told her they had no room for her in the psychiatric unit.  She has tried to harm herself numerous times, banging her head against objects and once tying her jail-issued pants around her neck in a suicide attempt, the records show.

They also show that deputies have placed her in physical restraints, including the controversial Prostraint chair, several times.   In her interview, Feather was weepy and trembling as she described her experiences. 'Every day I try not to kill myself,' she said.

Prior to budget cuts that closed the crisis center at the county's mental hospital and slashed outpatient services, Feather, 48, had been stable for years.  Before her dust-up with the police, she lived independently in a midtown cottage owned by her mother, where she cared for her husband, a retired psychiatrist who suffers from dementia and other health problems. She managed her medications, kept house and prepared meals.

After her county services fell away, Feather began to spiral downward, relatives said. Without the crisis center to turn to, she told The Bee, she started calling police when she was suicidal or desperate.

On May 2, she called police to report she wanted to kill herself and emerged from her home with a knife. She has since said she had no intention of harming anyone but herself, but police perceived her behavior as a threat. Officers deployed a Taser, then handcuffed and arrested her. She has been in jail since, with bail set at $500,000.

Henderson, her lawyer, has been negotiating to have her transferred to a locked mental facility until the case is resolved, but the District Attorney's Office has refused to allow it without a guilty plea.

In exchange for the 'non-strike' felony plea, the district attorney is proposing that Feather serve 180 days in a locked facility, most likely a hospital if a bed is available, Orio said. But Henderson said it is unlikely that any mental facility will keep her that long, so once she becomes stable she could end up back in jail. Henderson is pushing for the DA to credit the time Feather already has served toward her sentence.

Both sides are scheduled to appear in court today on the matter.