How the Banks Screw You! 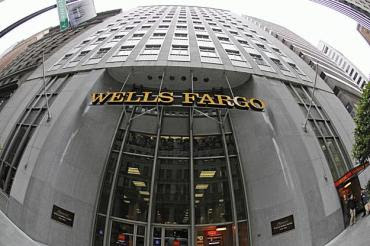 "Wells Fargo & Co. should pay about $203 million to customers who claim the bank manipulated debit card transactions without their knowledge to increase revenue from overdraft fees, a federal judge ruled.  U.S. District Judge William Alsup in San Francisco issued the ruling Tuesday, deciding the case without a jury.

The San Francisco bank changed the way it treated customers' daily debit transactions and cash withdrawals in December 2001, according to the lawsuit filed in 2007. Transactions with the highest dollar amount posted first, rather than in the order they occurred.  The practice resulted in more overdrafts, with customers overdrawing their accounts by small amounts multiple times a day, according to the complaint. The change allegedly was intended to boost revenue from overdraft fees, which ranged from $18 to $35 for each overdraft.

Customers don't 'reasonably expect that they will have to pay up to ten overdraft fees when only one would ordinarily be incurred,' Alsup wrote in the opinion. The multiple fees are 'so pernicious,' he said, that they should only be allowed if customers expected them and in this case 'the proof is the opposite.'  Wells Fargo 'went to great lengths to bury the words deep in a lengthy fine-print document and the words selected were too vague to warn depositors, as even the bank's own expert conceded,' Alsup wrote.

The lawsuit, filed by three customers on behalf of thousands of Californians charged overdraft fees, claimed the practice was unfair, deceptive and fraudulent and sought more than $350 million, plus punitive damages. Wells Fargo will appeal the ruling, which isn't 'in line with the facts of the case,' spokeswoman Richele Messick said in a phone interview."
__________________
Think this is isolated?  Think again.  I'll bet you that the banks do this to you with their software.
Posted by Anonymous at 4:11 PM