Master Manipulator And His Enablers 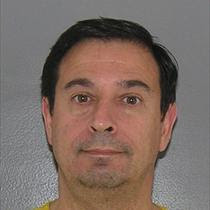 Reporter Kimball Perry at the Cincinnati Enquirer relates the story (at the link you can watch a video of the sentencing) of the local Catholic School teacher who moved a vulnerable kid into his home and convinced her that they were married so he could rape her, repeatedly. I pass along this story, because it catches perfectly the master manipulator/pedophiles I have known, deposed, or been related to; including my father:

"The 13th of every month was the anniversary 51-year-old Salvatore 'Sam' Magro (pic, left) and his bride celebrated with outings to Mount Echo Park to renew their vows. After Magro knelt on his Delhi Township deck and proposed, the couple picked out their wedding rings then got married on the same night the bride’s older sister was wed. They lived together and had sex often. The bride skipped her prom so Magro could take her to a nice dinner.

The groom, a religion teacher at Our Lady of Victory School from 2000 to 2008, was sent to prison Thursday for four years by Hamilton County Common Pleas Court Judge John 'Skip' West.  The girl, now 15, stood by her lawyer who read a letter she wrote about the treatment she received from a man who was like a father to her.

'I feel kind of dirty and used,' the letter noted.

Magro and his wife took the girl into their home at the beginning of the 2009-10 school year because the teen's mother cares for her four children and a grandchild, was separated, was facing surgery and couldn't properly care for the family. Jennifer Magro previously was the girl's teacher.

Quickly, Magro convinced the girl they were married and they began having sex.

'He told me that he did not love his wife and he loved me,' the girl wrote in her letter. 'It made so much sense at the time but now it makes no sense.'

Magro pleaded guilty in June to three counts of unlawful sexual conduct with a minor in exchange for three other charges being dropped. The charges carried a maximum prison sentence of 15 years but Jack Rubenstein, Magro’s attorney, told the judge probation and intensive counseling would be more appropriate.

The girl’s family sued Magro and his wife, saying the wife’s habitual heavy drinking resulted her in passing out each night, allowing Magro and the teen to have sex. But it was revealed in court Thursday that Magro told officials he drugged his wife, making her sleep so he could have sex with the girl. Magro’s wife kicked the girl out and Magro went with her, first to a hotel for a few days and then back to the girl’s home where the sexual relationship continued.

Magro told the judge Thursday he regretted the relationship for the damage it did to the girl and his family but also to him. He no longer can teach, has lost his home and shattered his relationships with his wife of 29 years and family.

'I have lost everything that I spent a lifetime building,' a chocked-up Magro said.

Magro’s legal wife, Jennifer, asked the judge not to send her husband, who had a stroke last year, to prison, admitting 'he is indeed guilty of heinous behavior … in such a ridiculous relationship.'

Mary Sweeney, who worked with Magro when both taught at the Delhi Township school, called Magro 'a good role model for the children. The Sam that I taught with was just an honorable man,' Sweeney said."
_______________________________
The defendant is a maggot.  The adults who scare me are the "legal wife" and the co-worker, who characterized him as a "good role model for children."  It's the latter attitude that permeated the Catholic hierarchy when they first were confronted with the cases of clergy sex abuse.  This is astounding stupidity and misplaced values, and it cost the Church its authority.
Posted by Anonymous at 8:39 AM