Lawyer Who Rented Dead Man's Condo And Kept the Money, Gets 8 Months 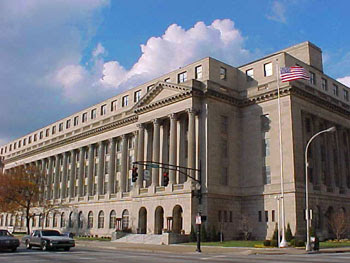 The Louisville Courier-Journal is reporting that lawyer Robert Snyder, a member of a prominent Kentucky family was sentenced to 8 months for mail fraud stemming from collecting the rents from the condo rentals of a dead client.  This is reporter Andrew Wolfson's story:

Louisville lawyer Ronald Snyder, the brother of the late U.S. Rep. Gene Snyder, was sentenced to eight months in jail on Monday for mail fraud.  Snyder's sentence came despite letters written on his behalf from two dozen people, including former U.S. Attorney Joe Whittle.  Snyder admitted in May that he continued to rent out a man's condominium for nearly 12 years after the man's death and kept the money. The government said Snyder, 71, received at least $15,000 in rental payments. The tenants mailed the payments to Snyder.

Snyder's lawyer, Charles E. Ricketts Jr., sought probation, citing Snyder's medical condition and alcohol dependence. Ricketts also said his client has experienced 'scorn and shame' from having to admit his crime in the courthouse (pic) named for his 'beloved brother.'  But U.S. District Judge Jennifer Coffman sentenced him to jail, fined him $5,000 and ordered him to pay $15,000 in restitution.

The maximum sentence on the charge was 20 years in prison and a $250,000 fine.  Snyder, who lives in Fisherville, admitted that from 1998 until last August, he fraudulently rented the condo at 428 Sprite Road, which had been owned by Robert Cornett, who died in 1993.  According to a news release issued by U.S. Attorney David J. Hale in May, Snyder “knowingly” failed to locate Cornett's heirs.

Ricketts had said no relatives showed up for Cornett's funeral, and Snyder, a family friend, maintained and rented out the property, keeping it in Cornett's name.  Seeking probation for Snyder, Ricketts said in court papers that he spends 90 percent of every day in bed or on a couch and can only move with the assistance of a walker or a wheelchair.  Ricketts said in May that Snyder is surrendering his law license, although Kentucky Bar Association records show he is still licensed and in good standing.  Louisville police have said Snyder's scheme was discovered after he sought a reduction in property taxes on the condo based on his age and it was discovered he didn't own the property.
_________________________________
Uh, chutzpah?  Did I use that correctly?
Posted by Anonymous at 9:20 AM