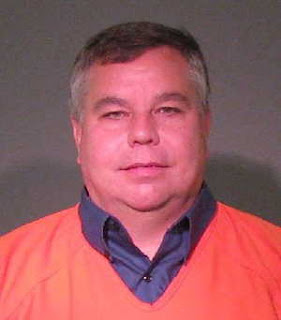 According to the Charlotte Observer the Rev. Bill Cabe is a Bad Minister, let's see if you agree:

"The Rev. Johnny William 'Bill' Cabe, a Rock Hill minister, was arrested today after a police investigation. Cabe, 50, was charged with contributing to the delinquency of a minor, committing lewd act on a child under 16 and unlawfully practicing medicine, according to York County Sheriff’s Office records. Cabe, a pastor at of Riverside Baptist Church in Rock Hill, has a criminal history that includes past allegations of touching children.

Previous misdemeanor charges of practicing medicine without a license after allegations from two teenage boys that he performed hernia-like checks on them were dismissed. He was convicted of assault in 1989 in connection with a confrontation with a church member.

Cabe was also sentenced to nine years in Federal prison in 2001 after being found guilty of 26 charges related to bilking religious investors out of millions of dollars. Prosecutors argued during Cabe's trial that he promised investors a return of as much as 500 percent on $8.5 million in investments in 1998 in an international high-yield investment scheme called HisWay International Ministries."
__________________________
How does a guy like this get a second chance?  There should be a one-touch-rule among Protestant ministers.  I suppose part of the problem is there is no database or hiearchy for the hiring by local churches, but you would think in the era of the Internet the elders or whoever hired the Reverend Cabe would have at least put his name in a search engine.  If I were the treasurer or other responsible elder at the Riverside Baptist Church I would be asking a lawyer to read the insurance policy very closely.
Posted by Anonymous at 6:33 AM