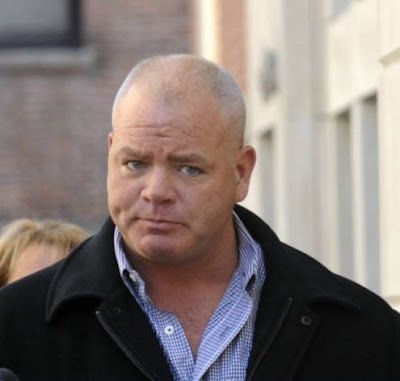 Yesterday, the folks at the Albany Times Union told you about the special student loan break given a former local prosecutor at the same time reporter Brendon Lyons was reporting on the local bar owner, Timothy Rnakins who established a free drinks and meals program for local prosecutor while facing tax  and assault charges.  Here's an excerpt:

"An Albany bar owner facing trial for tax and assault charges wants a special prosecutor appointed in the case because he alleges members of the Albany County district attorney's office have gotten free meals and drinks from his restaurants, including Envy Lounge.

Paul DerOhannesian II, an attorney for Timothy Rankins, who owns Envy Lounge, filed the motion last week. It asks Albany County Judge Thomas A. Breslin to disqualify the office of District Attorney P. David Soares from Rankins' criminal case and appoint a special prosecutor.  Criminal charges against Rankins include allegations that he failed to pay more than $190,000 in state sales taxes from his bar's receipts. DerOhannesian said the 'computation of sale tax ... does not accurately reflect the significant complimentary meals provided to individuals.'

'Establishing these complimentary meals or drinks potentially involves testimony from both the provider and recipient of these meals, such as an Albany County prosecutor,' DerOhannesian wrote to the judge. He said Soares and his office, therefore, have a conflict if they were recipients of any free meals or drinks.

In a brief interview Wednesday Soares called the allegations 'absurd and desperate.'  He provided a copy of a sworn affidavit that he said will be filed in the case in the coming days. The affidavit, signed by Soares, calls the allegations 'false.' 'Neither the ownership, management nor staff at either restaurant has ever given or offered to give me a free or 'comped' meal or drink at either Pearl Albany, Inc. or the Envy Lounge,' the district attorney's affidavit states.

DerOhannesian also requested a court order directing prosecutors to identify any employees who "have received complimentary meals from the Envy or Pearl restaurants," and to supply "photographs of its employees from the period 2005 to 2008." The photos could be shown to Rankins' bar employees to identify those who received a complimentary drink or meal, the attorney said.

Rankins is a popular bar owner who has operated tavern restaurants in the city dating back years. He has developed close relationships with city officials and police. In January the Times Union published a story disclosing uniformed, on-duty police officers, including high-ranking supervisors, were regularly receiving free meals and drinks at Envy Lounge. The department responded by directing uniformed officers not to congregate in restaurants while on duty.

Weeks later, following an investigation by the state Department of Taxation and Finance that began in early 2008, Rankins was indicted on felony charges of failing to pay more than $191,000 in state sales tax. The charges relate to the operation of Rankins' former nightclub, Pearl Restaurant & Lounge, which closed in 2008."
________________________________
If true, Mr. Rankins, who knew quite a few of these public servants, had reason to believe a free drinks and meals policy might benefit his situation.  What does that tell you?
Posted by Anonymous at 1:07 PM