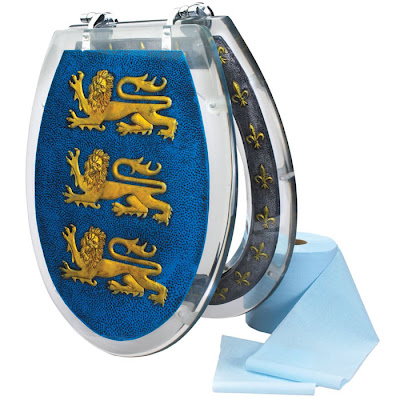 The Courthouse News Service reports that California legislators are losing their minds over the high cost of courthouse administration, and nothing raises the ire of budget busters like excessive amounts of money spent on toilets:  Here's the account:

"Unusually high payments to contractors for courthouse upkeep and repairs caught the attention of legislators looking into spending by the California judiciary's administrative arm, including $14,000 to paint a single restroom, $2,600 to replace five smoke detectors and $149 for one worker to escort another through a courthouse.   The expenditures were among many listed on a 98-page report from the Administrative Office of the Courts. The leaders of that agency were grilled last week by legislators on the Assembly Committee on Accountability.

'We've got some significant budget issues in our state,' said Vice-Chair Audra Strickland (R) - Riverside. 'Is it possible we could show better oversight?'

AOC Director William Vickrey argued that inadequate billing codes most likely led to the AOC being over-billed for the most basic of services. Last year, the AOC spent $104 million on routine courthouse operations and maintenance."
__________________________
You think?

California's budget crisis is so severe that the courts are barely able to function for the purposes set out in the California constitution.  Painting contracts that cost $14,000 are the sort of anecdotal evidence of budgetary dysfunction that will prompt changes.  Remember, the Pentagon's $600 toilet seat outrage, how about Dennis Kozlowski's $6,000 shower curtain?  Excessive amounts of money (especially tax dollars) spent on toilets usually generate healthy outrage.

Over the years I would enter the OurState office building to attend workers' compensation hearing where I observed and where I was constantly astounded by the installation of new carpeting even in areas freshly carpeted within the same calendar year.  I'm sure there was nothing untoward or excessive in this constant re-carpeting of the people's palace of industrial justice.  No corruption, here.
Posted by Anonymous at 7:42 AM