Rental Car Rules--They Really Want You to Return the Car 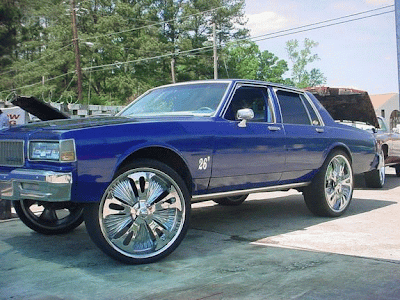 Jonathan Oosting at MLive.com reports on the Ferndale, MI. driver who really, really, liked his rental car.  He liked his car so much that he didn't return it for 18 months.  The report:

The Daily Tribune reports Anderson rented a Toyota from Avis Rent-A-Car in Royal Oak back in early 2009 and was able to elude authorities until he made a rookie mistake on Thursday: Driving with expired tab[g]s. Police spotted the ta[g]s, and then Anderson made it worse.  The Ferndale officer followed Anderson but didn’t activate his overhead lights, police said. Anderson drove down East Bennett, a side street near Fair and Eight Mile, which is a dead end. 'He ended up driving through a yard between two houses and back out onto Eight Mile Road, (Ferndale police Detective John) Thull said.

olice said the suspect then drove back to Fair Street and onto East Chesterfield before stopping in a parking lot behind a factory building at 1111 E. Eight Mile Road where he got out of the Toyota and fled on foot.  The suspect was spotted running across Eight Mile to Detroit near a railroad bridge over the road and police said officers brought him to the ground and handcuffed him.

Authorities typically consider a rental car stolen if it is not returned within five days of the contract expiration, and this case was no exception. Royal Oak police had been on the lookout for the vehicle for months, and Anderson is likely to be charged there with felony larceny.  But by fleeing police, Anderson faces additional punishment. He was arraigned Thursday in Ferndale on misdemeanor counts of reckless driving and trespassing.

But Anderson fails to take the prize for the year's biggest local auto-related fail. We're saving that award for fellow Detroiter Abdur-Rashiid Ahmad, who tried to buy a 2010 Mercedes-Benz E350 from a Bloomfield Township dealership with a $62,000 money order from the U.S. Department of Treasury that he later admitted to producing.
________________________
When I first moved to OurTown to go to law school, with my then wife, "the Good Wife (GW)" a school teacher--we lived in a transitioning neighborhood on the edge of East OurTown.  We lived on the border of an area that had once been a middle class Jewish 'hood but had become fully-ghettoized.  The main drag from our our nice street to the downtown was through the urban landscape of beauty salons, wig stores, lounges, and food stamp retail.  If you think: East St. Louis, Detroit, Hough, Watts, circa 1979 you have the correct mental snapshot.

The GW worked a summer job as a cashier in what I now understand was poverty-related retail.  It prepared her to work at the in the East OurTown City Schools, where she taught what was then called "special ed."  After two years she became the president of the local teachers union.  We were a "union" household.  We were pretty happy, there, until we burglarized and we watched crime routinely happen from our dining room window that looked woefully out onto the main drag.  I'll never forget watching some poor man standing in "broad daylight" at the nearby Dairy Queen on a Memorial Day weekend morning openly crash through the plate glass window of the ice cream stand to steal nothing of value.

I've passed through that old neighborhood in recent years, it's only more degraded and pathetic.

This story reminds me of that time and the colorful people and things that seemed oddly normal, then.
Posted by Anonymous at 4:05 PM