Dallas Lawrence Is a Serious Alcoholic 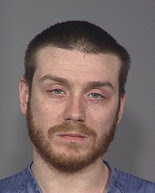 The Oregonian's great court's reporter, Aimee Green, has this tale of the "serious alcoholic."

"Dallas Lazar Lawrence fell off his bar stool and drove away from Duke's Country Bar & Grill even though others reportedly told him not to.

He made it about a half-mile before he veered off the street and struck two 21-year-old women who were walking on the sidewalk near Southeast 158th and Division Street. They were on their way to catch a cab because they also had been drinking that night.

Share Monday, Lawrence was sentenced in Multnomah County Circuit Court to nearly six years in prison -- and another 2 1/2 years hangs over his head if he doesn't cooperate by testifying in a civil case against the bar that served him.
Both women have hired attorneys, but no lawsuit has been filed against Lawrence or the bar. The pedestrians' medical bills are estimated to be hundreds of thousands of dollars.

Lawsuits against bars for overserving are relatively rare in Oregon, often because it's difficult to prove in court that bar employees served a visibly intoxicated person.

But investigators say that Lawrence, now 25, was stumbling drunk as he downed drinks with friends that night. His blood alcohol content was about three times the legal limit when he plowed into the women at 12:30 a.m. Feb. 20.   Lawrence pleaded guilty last month to driving under the influence of intoxicants and two counts of second-degree assault.

Chuck Sparks, the deputy district attorney who prosecuted the case, described Lawrence's actions that night as 'stupidity.' Under Measure 11, Lawrence will have to serve all 70 months of his sentence, with no possibility of early release.  'Thank goodness for Measure 11, frankly,' Sparks said.

Marie Ann Drennan and Rachel Nichole Barber suffered broken bones and ruptured arteries, among other injuries.  Drennan was still using a wheelchair at Lawrence's plea hearing nearly six months later.  The impact sent Barber 60 feet and into a parked car. Monday, she spoke about how she has suffered since the crash. She said she spent two months in the hospital, and during that time her 3-year-old son 'thought I'd abandoned him.' Her daughter, who wasn't yet a year old, didn't recognize her voice when she came home.

'I used to be very confident in myself and now because of his choices, my body is covered in scars,'  Barber said. '... I can't breathe normally anymore. I have to use an inhaler at times, just doing normal things like making my bed because my lungs get exhausted.'

Lawrence, now 25, offered an apology: 'I'm so sorry I did this to you guys.'   Lawrence's attorney, Scott Raivio, said his client has admitted he's a serious alcoholic, which shows he's working on his problem."
________________________
As an attorney, I've handled a number of cases on behalf of clients injured by drunk drivers who were killed in situations not dissimilar to this story.

The depositions that I took of the OurCounty coroner and toxicologists in those cases should have sufficed to have kept me and any rational person from behind the wheel of a car after drinking.  Nah, it didn't stop me.   Alcohol in my experience is one of those substances that has the cunning, and baffling power to convince your neurons that: "You're Ok to drive"  when in fact you are a menance to all other living things within range of your automobile.

Don't drink and drive.
Posted by Anonymous at 6:03 AM