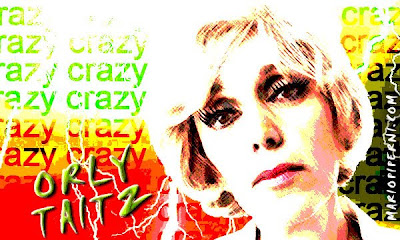 Justice Samuel Alito has ordered dentist and California attorney, Orly Taitz to pay the money.  Justice Alito denied Dr. Taitz's request for a "stay," the second U.S. Supreme Court smack down of the birther-litigator.  Perhaps, she'll go for the trifecta?  Who knows?

Dr. Taitz was sanctioned by Columbus, Georgia U.S. District Judge Clay Land after Taitz's motion on behalf of a client for a restraining order to prevent the deployment to Iraq of  Captain Connie Rhodes, a U.S. Army physician. Taitz claimed the order was illegal because President Obama was serving illegitimately as president based on the "birther" theory of President Obama's citizenship. Judge Land deemed the various Taitz motions as frivolous. In response, Dr. Taitz publicly labeled Judge Land's decision as “an act of treason.".

Judge Land denied Taitz's second motion and issued an order for Taitz to show cause why she should not be sanctioned. Captain Rhodes sent a letter to Judge Land asserting that Taitz filed the rehearing motion without client consent. Judge Land issued a $20,000 sanction for Taitz’s violation of Rule 11 of the Federal Rules of Civil Procedure.

“Counsel's pattern of conduct conclusively establishes that she did not mistakenly violate a provision of law. She knowingly violated Rule 11. Her response to the Court's show cause order is breathtaking in its arrogance and borders on delusional,” Land wrote in his sanctions order.

My guess is that Dr. Taitz, not only got too close to the flame, she is on fire.  We will see how much longer the California disciplinary authorities sit on the sideline.  Bear in mind that there are fraud and perjury charges out there, stemming from one of these birther lawsuits she ill-advisedly filed.
Posted by Anonymous at 12:00 PM