It's OK to be Chicken, But You Won't Sit On the Jury 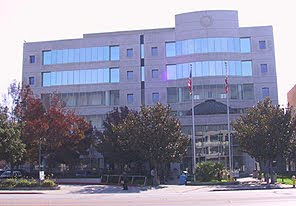 A story at the San Jose Mercury News explores the problems with jury selection when the prospective juror is frightened.  This is reporter Julia Prodis Sulek's account:

"A potential juror in a Los Gatos murder-for-hire trial who described herself  'to be a chicken in general' was excused from serving Wednesday after she said the idea that killers could be in the room made her feel 'fearful and intimidated.'  The woman was one of four potential jurors excused 'for cause' by Santa Clara County Superior Court Judge David Cena in the case against restaurateur Paul Garcia, who is accused of ordering the 2008 shooting death of Mark Achilli, who sold both Mountain Charley's Saloon and the 180 Restaurant and Lounge to Garcia.

Prosecutors say Garcia was jealous of Achilli because his sometime bartender girlfriend was also dating Achilli. The two men accused of helping carry out the plot, including the shooting suspect, are also on trial.

Since last week, lawyers have winnowed what had been a jury pool of nearly 600 down to just more than 100, with most being excused because they couldn't afford to sit through a two-month trial. They hope to seat 12 jurors plus four alternates by next week.

The pool of jurors sweltered in a crowded courtroom Wednesday afternoon when the air-conditioning broke down, prompting prosecutor Jeff Rosen to take off his jacket and joke to jurors that when he went to the gym Wednesday morning, 'I was disappointed they took the sauna out, then I came to court today.'

Wednesday was the first day lawyers questioned jurors about how much they had heard about the case and whether they could be fair. The juror who said she felt fearful also said she can be guilty of  'making assumptions' and 'judging people partly on appearance.'  She said she didn't know whether she could withhold judgment until after she's heard all the evidence.

[A] woman who has a relative who was friends with Achilli [was also dismissed.] The relative [spoke] to the juror at length some time ago about who she thought was responsible for the killing and why. A chemist who also called himself a homemaker was dismissed after he said he would be distracted during the trial thinking that he should be taking care of his young children. One of his relatives was a lawyer, he said, and he 'wasn't sure' if he could be fair. An Asian man who had trouble understanding English was also excused."
____________________________
You see this sort of thing in Baltimore, Chicago, Detroit and Philadephia local news websites.  I can only imagine how frustrating this is for the lawyers, judges, and others connected to trying these violent crimes.  We've seen numerous situations over the last year where even after the jury is selected there is jury and witness intimidation by spectators (so-called friends of the defendant) who gesture from the gallery or point cameras at the jury box.

While I carry stories of bad judges, lawyers, prosecutors and others, you should not conclude that I think what we do for a living is easy or enviable.  It is often deadly serious.
Posted by Anonymous at 5:53 AM