What You Write Will Be Used Against You and Others 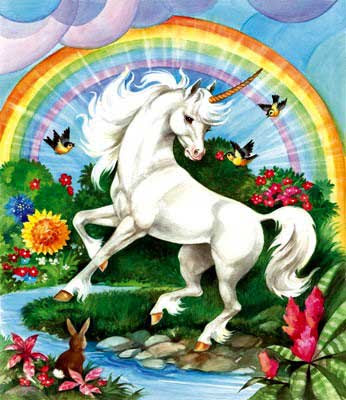 Peter Hecht, a reporter at the Sacramento Bee cautions that the things written, even in a 14-year old's fantasy story will be used against her and others.  Hecht's story in excerpt, follows:
"A 14-year-old girl's story of medieval-era betrayal and murder can be introduced into evidence in the trial of two teen lovers accused of killing the girl's mother in her El Dorado Hills home, a judge ruled Monday.   El Dorado Superior Court Judge Kenneth J. Melikian allowed the evidence while ruling that the defendants – Tylar Marie Witt, now 15, and Steven Paul Colver, 20 – can be tried together for the killing of Witt's mother, Joanne Witt. 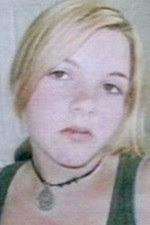 On June 14, Melikian had ruled that Colver could receive a separate trial if prosecutors introduced a lurid, handwritten story by Tylar Witt (pic) that detailed a killing – set in medieval times – that mirrored many circumstances of Joanne Witt's stabbing in June 2009.  But the judge reversed himself Monday after prosecutor Lisette Suder argued that legal precedent permitted the girl's story – 'The Killer and His Raven' – to be introduced as evidence, even if prosecutors try Witt and Colver together as intended.

Joanne Witt was found dead of stab wounds in the bedroom of her El Dorado Hills home days after she had handed over her daughter's diary – detailing a sexual relationship between Tylar Witt and Colver – as part of a statutory rape allegation against Colver, then 19.  After the murder, Witt and Colver fled to San Francisco. Along the way, authorities say, Colver mailed suicide notes and 'The Killer and His Raven' to a friend of Witt's.

Prosecutors say the story chronicles an intense romantic relationship and the teen's anger and panic after Joanne Witt handed over Tylar Witt's real-life diary to authorities.  'That is when their dreams shattered,'  the Raven story reads. 'That is when their hope vanished, and that is when this man, this 19-year-old man, became a killer.' The story went on to say the girl 'spiked her mother's whiskey with herbs from the forest' and that 'at around one in the morning the girl snuck the boy into her house. He stabbed her in her sleep, killing her and freeing themselves.'

Prosecutors allege that Witt called Colver to kill her mother after she fell asleep. But defense attprmeus argue that toxicology reports contradict another prosecution claim – that Witt spiked her mother's drink with drugs before the killing.

Colver's attorney, Dain Weiner, argued in court Monday that the Raven story constituted 'dangerous prejudice' against his client and 'should be excluded.'  In a motion to the court, Weiner also argued that Colver should be tried separately because of prosecutors' intention to introduce 'diary/journal entries, text messages, instant massages'  and other statements by Witt to incriminate his client. 'If Ms. Witt does not testify at trial, any of her statements implicating Mr. Colver would be in direct opposition to Mr. Colver's absolute right to confront and cross-examine those giving evidence against him,'  Weiner wrote.

But Suder wrote that the Raven story 'outlined defendant Witt's guilt in the murder of her own mother,' adding: 'Witt would not have written this story and made statements within the story that described her actions of drugging her mother and leading this boy to Joanne Witt if they were not true.'"
_____________________________
No one ever confused me with Johnny Cochran, when I practiced law, but something does not fit.  The court is going to permit a jury to see a "story" from a 14-year old in the prosecution of her adult boyfriend without permitting his attorneys an opportunity to cross-examine the author?  Does this not seem to run up against some  fundamental notions of due process?

I'm sending a link to this story to Scott Greenfield at Simple Justice to see if he can sort out the implications of a 14-year old's "story," being used in the prosecution of someone else.  By the way, the Simple Justice blawg is really well-written and insightful, invaluable.
Posted by Anonymous at 5:27 AM