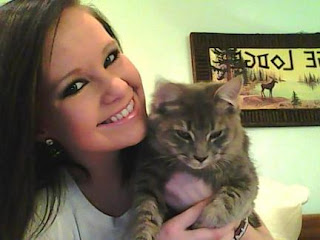 This is from M[ichigan]Live.com and it's almost unbelievable:

"Like all Macomb County jurors, 20-year-old Hadley Jons received a warning not to discuss her case outside of court. But that didn't stop her from sharing her thoughts on Facebook. 'actually excited for jury duty tomorrow,' she wrote Aug. 11 on the popular social media website. 'it's gonna be fun to tell the defendant they're guilty. :P'

Jons never got that chance though, and the next day proved far from fun.

The Macomb Daily reports the son of defense attorney Saleema Sheikh discovered the Facebook post before Jons eventually deleted it, and Judge Diane Druzinski asked her about it the next day in court. After initially denying the post, Jons reportedly 'put her head down' and failed to respond when Druzinski read it aloud.  Jons was serving as a juror in the trail of a 40-year-old Clinton Township resident charged with a misdemeanor and a felony for resisting arrest. The case went on without her, but prosecutors eventually dismissed it when remaining jurors failed to reach a unanimous verdict.

Now, Jons will head back to court to face a potential fine or possible jail time. WDIV reports she will appear before Druzinski on Thursday for a contempt of court hearing.

'She was explicitly explained the rules just like everybody else,'  Sheikh told the television station, arguing Jons deserves to spend a short amount of time behind bars. 'She deliberately defied a court order in something as serious as this. So I think she needs to learn something.'

As far as Facebook failures go, Jons managed a triple crown: She either had lax privacy settings or accepted a friend request from someone she didn't know, discussed a private matter in a very public setting and failed to realize deleting a post doesn't delete it from the public record. Add those to the file."
_________________________________
Expect this story to make it into a plot line of a television Law and Order episode, soon.
Posted by Anonymous at 2:29 PM