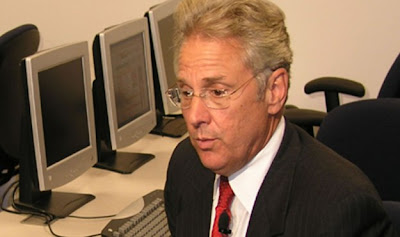 The South Carolina attorney general, Henry McMaster, is set to spend $700,000 by joining and participating in lawsuits filed by other republican states' attorneys general against various laws enacted by the Obama administration.  Bad Lawyer mentioned these lawsuits, last week in connection with look at Florida AG Bill McCollum, the major offender in the area of aspirational lawsuits.  These actions are about a rung-above those frivolous claims pursued by Dr. Orly Taitz. the California dentist/lawyer.  Virginia's AG on-the-make, Kenneth T. Cuccinelli, II is another litigation show horse in the me-first lawsuits vis-a-vis the Obama administration.

Greenvillenews.com had this Associated Press account of McMaster's expenditure of taxpayer resources on these dubious lawsuits:

"South Carolina's attorney general could spend as much as $700,000 on three lawsuits against the federal government that some say are politically motivated, The Greenville News reported Sunday.  Critics say Republican Henry McMaster is playing politics, suing the administration of Democratic President Barack Obama. McMaster and others say it is important to challenge the federal government when it oversteps its power.

McMaster has joined other states in suing the federal government over killing a planned nuclear waste depository at Yucca Mountain in Nevada, the Arizona immigration law and federal health care reform. Democratic state Sen. John Land said the Arizona and health care lawsuits are a waste of time and money. 'I think our attorney general has enough to do otherwise.' he said.

The health care lawsuit, in particular, seems to be the target of Republican attorneys general across the country, said Harvard Law School professor Charles Fried, who was a solicitor general under President Ronald Reagan.

'I do think the constitutional argument is a joke, not serious,' he told The News.

But McMaster thinks the federal government requiring citizens to buy something is worth fighting.  'If the Congress can require South Carolinians and others to go out and buy one thing, they can require them to go out and buy another and another or do all sorts of things that are not allowed under the Constitution,' said McMaster, who ran unsuccessfully this year for the GOP nomination for governor.

Legal experts say there is some validity to the states' claims. A recent refusal by a federal judge to dismiss a similar suit filed by Virginia means the states' case will have to be taken seriously, said Randy Barnett, a constitutional law professor at Georgetown Law School. 'Much of what the judge said was very encouraging for the challengers, primarily because the judge said this was an unprecedented use of either the commerce or tax power,'  Barnett said.  Mark Hall, a professor of law at Wake Forest University and a national expert on the new health care law, disagrees and thinks the states will lose.

'The main argument is the new federal law requires states to shoulder a large financial burden,' Hall said. 'And that simply is not factually true. The federal government pays for most of the cost. And getting more people onto federally subsidized insurance would actually reduce the cost to the states and the communities for treating the uninsured.'

The 20 states involved in the case have hired a private law firm and McMaster said South Carolina's share of the legal costs won't exceed $6,000.

The potentially most expensive lawsuit involves the Yucca Mountain case.  State lawmakers have authorized spending up to $665,000. McMaster said he doesn't think it will cost that much. Columbia lawyer Kenneth Woodington is handling the case and has worked for three previous attorneys general on it, he said.

But it is the case that has the greatest potential impact on South Carolina, where tons of spent nuclear fuel is being held in temporary storage at the Savannah River Site near Aiken awaiting final disposition in a national repository. 'This is an economic development question, a health and safety question, it's an energy independence question and a national security question,'  McMaster said of the case.

For more than 25 years, the Energy Department has pursued plans to bury highly radioactive spent nuclear fuel in tunnels beneath an ancient volcanic ridge 90 miles northwest of Las Vegas. Although $10 billion has been spent on the project, little progress has been made.

The third case involves the federal government's efforts to have Arizona's immigration law, which would require police there to check the legal status of immigrants while enforcing other laws, struck down. McMaster and attorneys general in other states have asked a federal court to side with Arizona.

'The Arizona law doesn't attempt to regulate immigration,' he said. 'It just attempts to help the federal government enforce immigration. We think the law is clear that if you have a state law saying state authorities can arrest for violations of federal law, they can do that.' McMaster said some South Carolina lawmakers also want to pass similar legislation in South Carolina and don't want the federal government to prevent that."
Posted by Anonymous at 10:38 AM