"You Owe Me $38 Quadrillion Dollars!" Attorney: "Will You Take a Check?"

According to the Utah Daily Hearld, a Las Vegas area man sued a number of local lawyer for the tidy sum of the $38 Quadrillion dollars.  Here's their story, in excerpt:
John Theodore Anderson, claims attorneys[:] Douglas Shumway, Benjamin Schramm and Michael Van fraudulently served him with a lawsuit, according to court records.

The dispute stems from a complaint Anderson originally filed against clients of the law firm of Shumway, Van and Hansen for $918 billion. Shumway said his client, Private Capital Group et al, came into possession of mining property in Southern Utah recently after the original owner of the mine defaulted on a loan. The capital group then tried to sell the property, and Anderson put a $918 billion lien on it. In response, Shumway filed a lawsuit for $10,000 in damages to remove the lien, because he said the property cannot be sold with a cloud on the title. 'It'll cost us a fortune if this isn't cleared up,' [Attoreny Shumway pointed out.] 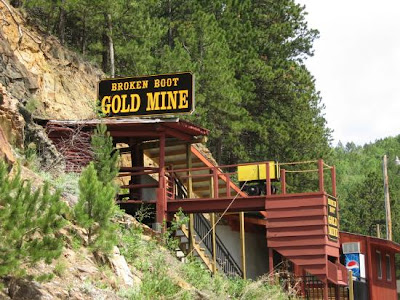 In court filings, Anderson said he had a contract with the original owner of the mining property for consulting work. He said he was paid $500 when he signed the contract, but did not get the $4,000 monthly payments that were promised him over 16 months of work. Anderson claims he performed extensive research over the 16 months and paid for travel expenses out of pocket. Shumway, however, said the owners claimed they stopped communication with Anderson because he never really provided any services.
Anderson['s claim arises out of this consulting contract to] the property [which he claims] has been valued $36 billion (!) and asked for 12.5 percent of that value, $4.5 billion. He also asked for additional compensatory damages of four times that amount and punitive damages of 200 times the amount, which added up to $918 billion. In his initial complaint, Anderson said silence on the matter by the defendants would constitute a binding contract.

According to a lawsuit [to clear title] filed by Shumway in July, Anderson put a lien on the property for $918 billion when he was not paid what he asked for. Shumway said he wrote a letter to Anderson after the original complaint, but Anderson refused to accept it because it was not certified mail.

[Attorney] Shumway said he filed his lawsuit in July, but Anderson refused service until mid-August. Once Anderson accepted service in the suit, he filed a second complaint for $38 quadrillion, having multiplied the $918 billion complaint by 204 two times.

The property is currently being assessed to determine its worth, Shumway said. There is some ore on the property, and if the ore is worth money, it could be valued at $100 million, he said. If it is not valuable, it is just gravel and worth significantly less, he said.  When the assessment is finished, Shumway said his clients could lose a lot of money if they cannot sell the property because of the lien. There have already been offers that stalled somewhat because of the clouded title, he said.  Shumway said the documents Anderson has filed in the case are not normal in civil cases, but part of a packet of documents that people have used. He said he does not believe the documents are legal because they do not follow due process.

'Everything in that document is against our Constitution,' he said.

The documents claim that a consensual contract is created when the defendant does not respond the correct way. In Anderson's complaint, he increased damages three different times -- with the initial complaint, after 90 days for 'non-payment'  and because of  'trespass and conversion'  when Shumway petitioned to remove the lien.

'No one would ever allow that,' he said.

Utah is a good-faith state, Shumway said, where a debtor can terminate an improper lien and a creditor can sue if the lien was valid. As a result of Shumway's suit to remove the lien, Anderson has now filed a document telling the court to take judicial notice that Shumway committed communications fraud.

'If this court does not take care of this rogue Utah attorney, Douglas J. Shumway, who is running rampant, pleading ignorance of the UCC laws, terminating legal UCC filings without consent, shake down and extortion for $100,000, this case will be brought to the federal level immediately,'  Anderson wrote in the filing.

Anderson also said that in 150 days the defendants have never answered the complaint and 'THEY ARE IN DEFAULT AND THEY KNOW IT.'

[Attorney] Shumway said he has filed for expedited responses to the complaints from judges in Utah and Iron counties, where they are filed. He said fighting the case in court could cost his clients more than $100,000.  'They're losing money on this, because every single thing costs money,' he said.

Civil litigation can get redundant, Shumway said, so he said he enjoys getting cases that are off the wall procedurally. He said it provides the firm with experiences that most attorneys never deal with. 'This case, no matter how strange or funny, makes us better at our jobs because you can't just go A to Z,' he said. 'Mr. Anderson is throwing numbers and smiley faces into my alphabet, and I appreciate that, even though in the end I think he will be sorely disappointed with the result.'

When contacted, Anderson said this is a case that is not up for litigation. He said his views on the situation are clear in his filings. 'I'm not going to try this thing in the paper,'  he said [Perfect!].

If [Attorney] Shumway loses the lawsuit and Anderson is awarded $38 quadrillion, or perhaps 204 times that amount, Shumway said he is not sure how he will pay it. At any given time, about $24 trillion is in use around the world."
_______________________
Boy, do I ever empathize with Mr. Shumway!   Notice, the plaintiff claims "default" where have we seen that idea before, longtime readers of Bad Lawyer?
Posted by Anonymous at 11:22 AM