The Panama City (Fla.) News Herald reports on the the DUI arrest of Phillip Wayne Hayes whose blood alcohol tested at four times the legal limit.  This is online editor, Tony Simmons' story:

"A transient stopped early Monday morning for driving down a turn lane for four blocks later tested at nearly four times the legal limit for alcohol, according to a Bay County Sheriff's Office report.


Phillip Wayne Hayes, 55, listed an address of 609 Allen Ave., which is the Panama City Rescue Mission. He was charged with driving under the influence[.] 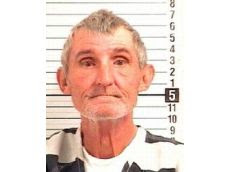 According to the report, a deputy spotted a Chevrolet van eastbound on Cherry Street in the center turn lane about 4 a.m. Monday. The van traveled in the lane for about four city blocks, at which time the deputy pulled over the van.  [Mr.] Hayes, had trouble maintaining his balance and emitted a strong smell of alcohol, the report said. His speech was slurred and he had trouble answering basic questions, among other indications of impairment. He refused to perform a field sobriety test.
Hayes was arrested and taken to the Bay County Jail, where he was placed in the breathalyzer room. He told the operator that he was guilty and that the deputy had saved his life, the report said. He then agreed to submit a sample of his breath, which was taken after a 20-minute observation period.  The two samples registered 0.304 and 0.310. The legal limit in Florida is 0.08. Hayes was described as standing 5-foot-7 and weighing 150 pounds.
__________________________
If you read the Bad Lawyer, you know why this story is here.  Today alone, there are many more tragic stories of dead children, murders, rapes, and various heinous crimes all connected to the use and abuse of drugs and alcohol that I could have run instead.  This story is slightly comic, so I choose to run it instead.